The mission is composed of 100 officers

A Greek military contingent departed from the Tanagra airbase for Saudi Arabia as part of an agreement to provide aid for the installation and operation of the Greek anti-aircraft Patriot missiles that were moved to the Gulf state.

The unit is composed of about 100 officers and the ceremony took part in the presence of the Minister of National Defence Nikolaos Panagiotopoulos, the Deputy Minister of National Defence Nikolaos Hardalias, the Chief of General Staff General Konstantinos Floros, and the Chief of the Hellenic Air Force General Staff Lieutenant General Georgios Blioumis.

The formation of the Hellenic Force of Saudi Arabia and the deployment of a Directed Missile Artillery (PKV) of the PATRIOT long-range anti-aircraft system to strengthen the air defence and missile defence of the Kingdom of Saudi Arabia and the United Arab Emirates is part of the implementation of the international initiative “Integrated Air and Missile Defense Concept” (IAMD Concept).

In his seeing-off speech to the officers, the Chief of the Hellenic National Defence General Staff (HNDS), stressed the historic importance of the mission that aims to maintain peace and defend global security.

He also referred to the positive impact of this mission for the international promotion of the defence and deterrent power of our country, as well as the benefits for the Air Force from its participation in a new operational environment through the strengthening of interoperability, cooperation and the exchange of know-how with the personnel of the Armed Forces of Saudi Arabia and other states contributing forces for the same purpose. 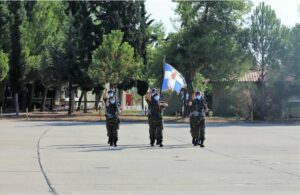 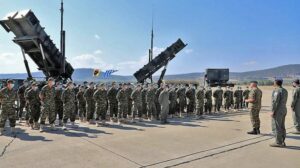 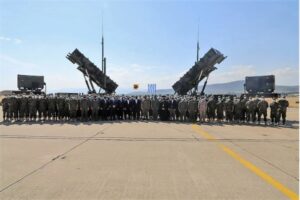 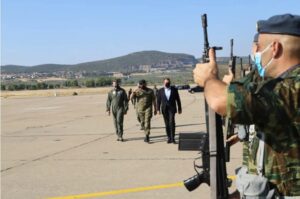