The beast can reach 550 horsepower

A Greek police officer restored a nearly spent patrol car abandoned by the service turning it into the most beastly vehicle in the whole of the Greek Police force’s patrol squad. 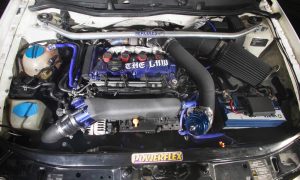 This Skoda Octavia patrol car was abandoned until a Greek policeman with great passion gave it a new lease of life, giving it 500 horsepower and very fast performance. 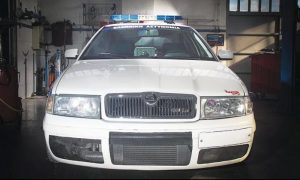 According to the newspaper “Dimokratia”, the Skoda Octavia patrol car was left rotting at a graveyard at Amygdaleza, when special guard George Vrachnis, invested over 20,000 euros of his savings and hours of personal work the vehicle.

Vrachnis drove the patrol car from Amygdaleza with a broken engine and a broken turbine to a car workshop that carried out modifications in Menidi. 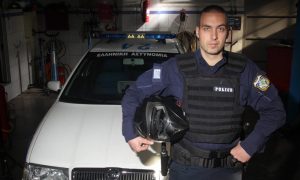 There, George and the engineers dedicated many hours of work to bring the car bacj to life, managing to give it 500 horsepower.

In fact, the top speed of the improved patrol is 268 km / h, as measured by a GPS system. 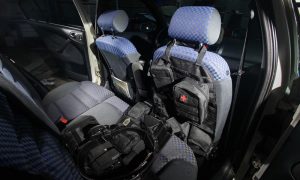 Among the modifications made by the special guard are cast iron pistons, a new large turbine, a sport suspension system, larger tyres and 6-piston clamp brake callipers. He said that the power can be increased even more, reaching 550 horsepower. 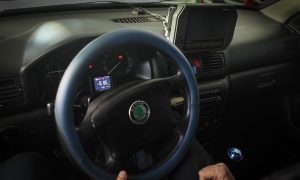 Furthermore, the car was modded to offer a system that changes the mapping of the engine to move in everyday conditions with lower horsepower, while the 500-horsepower program can be selected in emergency situations such as a chase, to transport a person in need of help, etc.

It is unclear whether the car has been taken out onto the streets yet. One thing is for sure. If it is included in the Police squad, many a criminal will lose their sleep.