The greek police patrol car fleet was reinforced with 11 new Mazda 6 vehicles, after a donation by “Aegean Motorway SA”.

The vehicles were handed over to the Magnesia Police Department and have already been deployed on the streets of Attica.

It is time for NATO to deal with Turkish aggression, French Defence official says

Five of them were delivered to the Department of Traffic of the Motorway 1 connecting Athens with the regions of Thessaly and Macedonia (PATHE) and the remaining 6 will be distributed to the Services of the Magnesia Police Department. 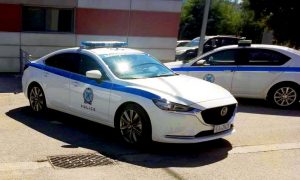 The 11 Mazda 6s are fitted with a 2.2-litre diesel engine with 150 hp and have a 6-speed manual transmission. They are fully equipped and are fitted with state of the art security systems. 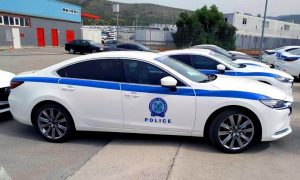 In addition to the new patrol cars, “Aegean Motorway SA” also donated to the Department of Motorway Traffic PA.TH.E. Magnesia useful hardware, such as four complete computer systems, a tablet, five bulletproof vests, a hand radar, an alcohol meter and a portable wireless.