The Greek government, along with the UN and the EU’s aid departments are under fire for mismanaging a multimillion-euro fund earmarked for refugees in Greece. Reporter Patrick Kingsley for the online edition of British newspaper The Guardian filed a piece uncovering the extent of the mismanagement.

The UN refugee agency and the EU’s aid department have been accused by other aid groups of mismanaging a multimillion-pound fund earmarked for the most vulnerable refugees in Europe, leaving thousands sleeping in freezing conditions in Greece.
The Greek government, which has ultimate jurisdiction over camp activities, has also been criticised for failing to use nearly €90m (£75m) of separate EU fundingto adequately improve conditions at the camps before the onset of winter. No single actor has overall control of all funding and management decisions in the camps, allowing most parties to distance themselves from blame. The EU aid department, known as Echo, has given UNHCR more than €14m since April to help prepare roughly 50 refugee camps for the winter in Greece, where an estimated 50,000 mainly Syrian refugees have been stranded since the adoption of new European migration policies in March. A further €24m has been given to UNHCR for other projects.
Both organisations stand accused by other aid groups of squandering this money, after failing to properly “winterise” or evacuate dozens of camps before snow fell in Greece earlier in December. 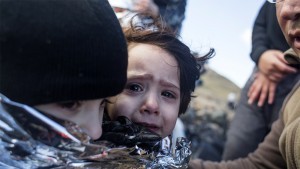 In addition to providing warmer bedding and clothes, UNHCR was expected to use this money to move people from tents to heated containers or formal housing; heat warehouses where other refugees are living; provide a consistent supply of hot water; and install insulated flooring for anyone still left in tents. 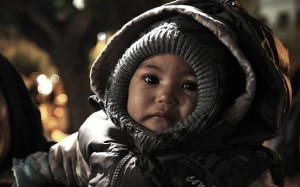 Months after the funds were dispersed, roughly half of those living in camps had yet to be transferred to formal housing by the onset of winter. Of the 45 camps that were still active at the start of the month, the Guardian visited or was made aware of at least 15 camps that had yet to be properly adapted by the time snow fell in northern Greece at the start of December. UNHCR admitted it was itself aware of only eight camps where all the residents have been moved out of tents and into prefabricated containers.