The Loch Ness Monster has been the subject of debate for centuries, with numerous sightings down the years

Sonar technology has picked up a mystery image, 190m deep in Scotland’s largest loch, that one Nessie expert is calling the “most compelling” evidence of the existence of the legendary creature he has ever seen.

The ‘solid and pretty big’ sonar contact, measuring around 10m, was detected by a boat owned by Cruise Loch Ness, in Fort Augustus, Scottish Highlands.

The mystery creature is likely to feed on trout and eels at the bottom of the loch, which has the largest volume of freshwater in Britain. 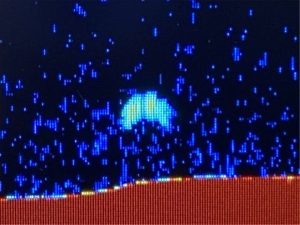 Golden Dawn trial: The day of the decision – Clashes with the police (live feed-photos) (Upd.)

Director Ronald Mackenzie, 48, said: “Who knows what it is, there is quite a lot of fish at the bottom of the loch, there is carnivorous trout and eels.

“I believe that there is something big living deep down in the Loch, who knows what it can be but I would love to think it’s Nessie.