Dozens of captured cars, modified “Mad Max-style” by Islamic State terrorists into either combat vehicles or suicide bombs on wheels, have been put on display by Iraqi security forces in the liberated city of Mosul.

The exhibition show was launched at the Federal Police Headquarters in Hamam al-Qalil neighborhood in the northern Iraqi city of Mosul, recently recaptured by government forces backed by the US-led coalition from Islamic State (IS, formerly ISIS/ISIL).

Most of the cars appear to be standard SUVs that have been plated with crude metal sheets as means of improvised armor. The passenger compartments of the cars have been ripped off and packed with explosives. 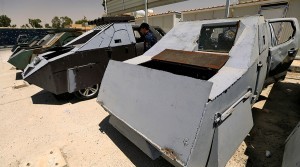 Some cars have a kind of rails on their roofs, presumably for improvised rocket-assisted munitions (IRAMs). 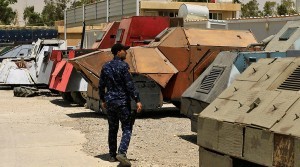 One suicide car was apparently captured in the making. It has its body parts in the fronts stripped off, ready for sheet metal attachment directly to the frame. 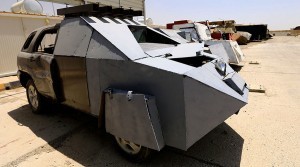 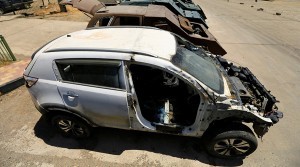 Some cars appear to be combat vehicles, rather than bombs on wheels, featuring more elaborate armor plating and gun mounts. 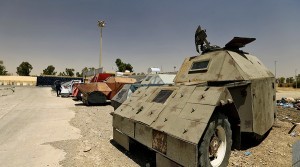 Several exhibits appear to be armored bulldozers, also plated with sheet metal and having windows made of reinforced glass, presumably salvaged from some factory-made combat vehicles. 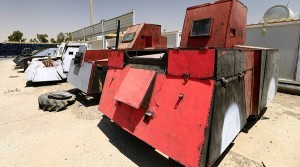 One especially peculiar vehicle is a truck trailer with a turret inside, salvaged from a T-55 tank. 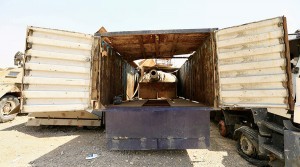 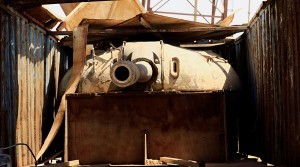 While this system obviously lacks protection or flexibility of a real tank, it appears to be quite well-disguised – at least to survive the US-led coalition airstrikes and get into this trophies exhibit.