The book “12 Rules for Life: An Antidote to Chaos,” was banned in response to the Christchurch massacre, the bookstore said

A New Zealand bookstore has banned one of Canadian author and professor Jordan Peterson’s best-selling books in the wake of the mosque massacre in Christchurch, New Zealand.

Whitcoulls is no longer selling Peterson’s best-seller, “12 Rules for Life: An Antidote to Chaos,” in response to the massacre.

In an email that’s gone viral on social media, Whitcoulls admitted that it is not selling the book any longer. 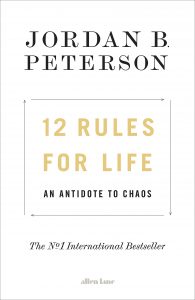 The email read, “Unfortunately 12 Rules for Life is currently unavailable, which is a decision that Whitcoulls has made in light of some extremely disturbing material being circulated prior, during, and after the Christchurch attacks.

The store did not elaborate on what, specifically, prompted them to ban the book from its shelves, but social media users, as well as Newshub, have indicated that Peterson’s decision to pose for a fan photo with a man wearing a T-shirt reading “I’m a proud Islamophobe” could be the culprit.

The photo was taken in February, according to screenshots.

For his part, Peterson actively condemns violence of any kind.