Researchers at University College London (UCL), including two Greeks, say they have solved a significant part of the enigma surrounding the ancient Greek ‘computer’ known as the Antikythera Mechanism, a mysterious device that allowed the prediction of various astronomical events. Scientists believe that they took an important step in understanding all the possibilities of the Mechanism and how it managed to make accurate predictions about celestial phenomena. 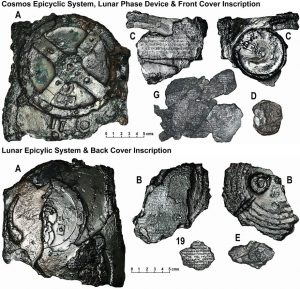 The Mechanism, housed in the National Archaeological Museum in Athens, is considered by many to be the world’s first known analog computer and is the most complex example of engineering found in the ancient world. The nearly 2,000-year-old device was used to predict the position of the Sun, Moon, solar and lunar eclipses, planetary positions, and even the dates of the Olympic Games. 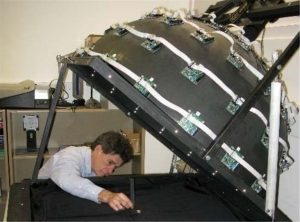 Scientists on the UCL Antikythera Research Team, led by Professor Tony Frith of the Department of Mechanical Engineering, who published the paper in Scientific Reports, shed light on how the gears at the front of the Mechanism work. As Frith said, “The Sun, the Moon, and the planets are presented in a way that is an impressive feat of ancient Greek genius.”

The Bronze Mechanism, discovered in 1901 by Greek fishermen in a shipwreck near Antikythera, consists of a complex combination of 30 gears. Its constant study by Greek and foreign scientists has increased the understanding of its functions. To date, however, it has not been possible to fully understand the gear system, as only one-third of the Mechanism is estimated to have survived, and this in 82 fragments. 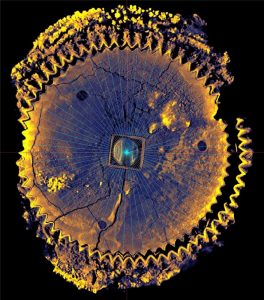 The use of X-rays since 2005 has revealed thousands of text characters hidden inside the fragments. The inscriptions include a description of the Universe, with the planets moving in rings. It is this depiction of the universe recreated by British researchers.

“Classical astronomy of the first millennium BC was born in Babylon, but there is nothing in this astronomy that shows how the ancient Greeks managed to find the highly accurate cycle of 462 years for Aphrodite and 442 years for Saturn”, said the Greek UCL Ph.D. candidate, Aris Dakanalis. Another Greek woman from UCL, the specialist in archeological materials Dr. Myrto Georgakopoulou, also participated in the research team.