The U.S is on the top

Little more than 15 months into the coronavirus pandemic, Brazil passed a grim milestone on Sunday. The most populous nation in South America became only the second country in the world to surpass half a million COVID deaths. That is according to official figures at least, as it is widely expected that India’s official death toll of roughly 390,000 is a drastic undercount. Estimates for India’s true COVID losses range from 600,000 up to 4.2 million deaths, as the official Indian case number of just under 30 million infections is estimated to undercut the true count by hundreds of millions due to a lack of widespread testing and poor reporting/tracking.

As the following chart shows, the U.S. has been hit hardest by the pandemic in terms of total lives lost. As of June 20, 2021, COVID deaths in the United States amounted to just over 600,000, ahead of the aforementioned Brazil and India. The fact that Colombia and Peru have joined the list of the worst affected countries emphasizes Latin America’s role as the world’s new COVID hotspot. As of June 21, Paraguay, Suriname, Colombia, Uruguay, Brazil and Argentina (in that order) were the countries with the highest number of daily deaths per million, with the former three currently seeing death rates higher than the U.S. did at any point of the pandemic. 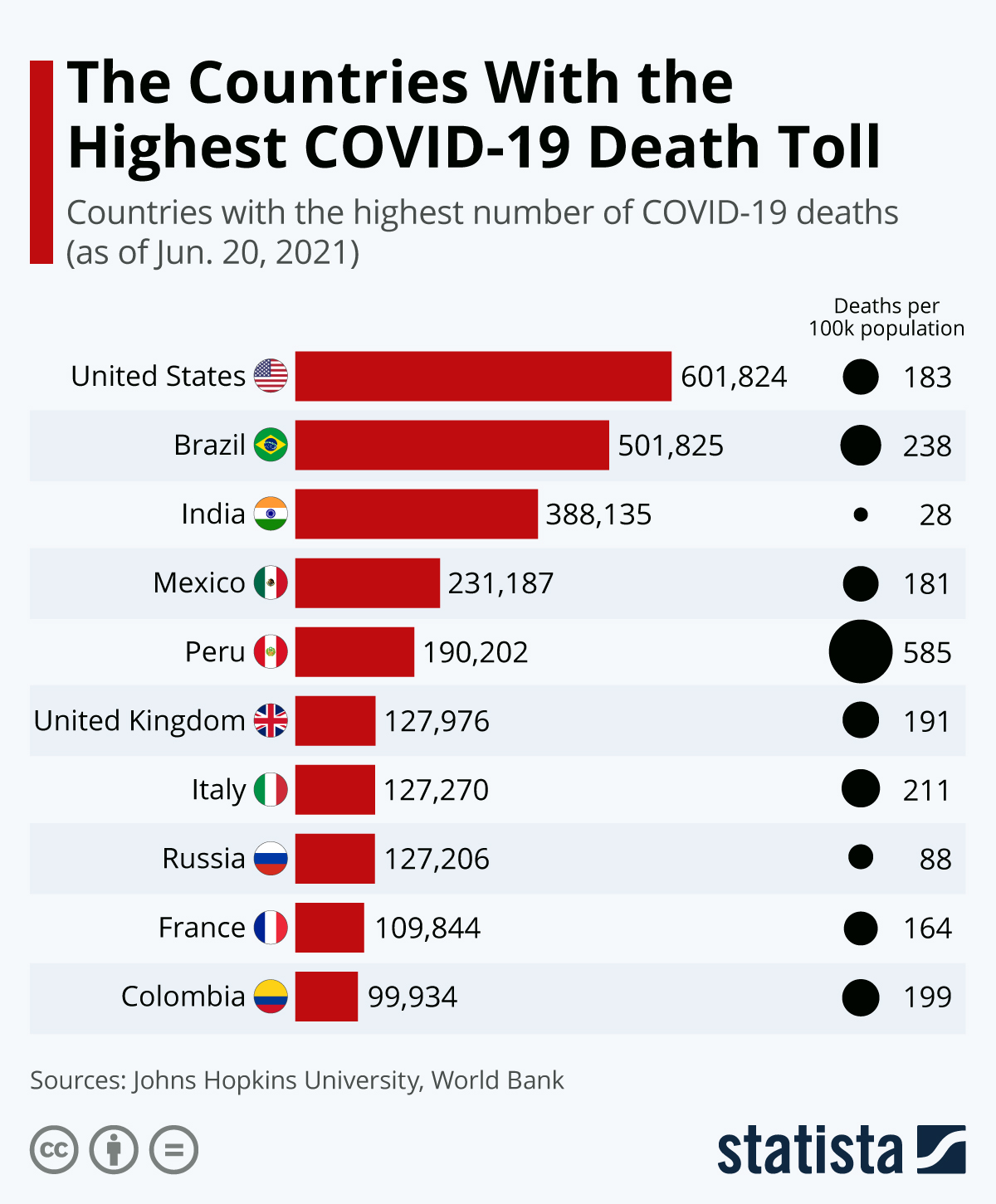