With the Tuatara, the US car manufacturer Shelby SuperCars (SSC) has broken the speed record for a production car. Over a distance of approximately eleven kilometers, the sports car achieved an average speed of 509 kilometers per hour, clearly putting the previous record holder, the Chiron from Bugatti, in its place.

As this infographic, based on figures from auto motorsport shows, the SSC Tuatara is the first car in the list of the fastest Super Cars to break the 500-kilometer-per-hour barrier. In its record attempt, the car even managed a top speed of 533 kilometers per hour. Such a high speed is not even achieved in the fastest racing series such as Indycar and Formula 1 – a race at such high speeds would also be far too dangerous. 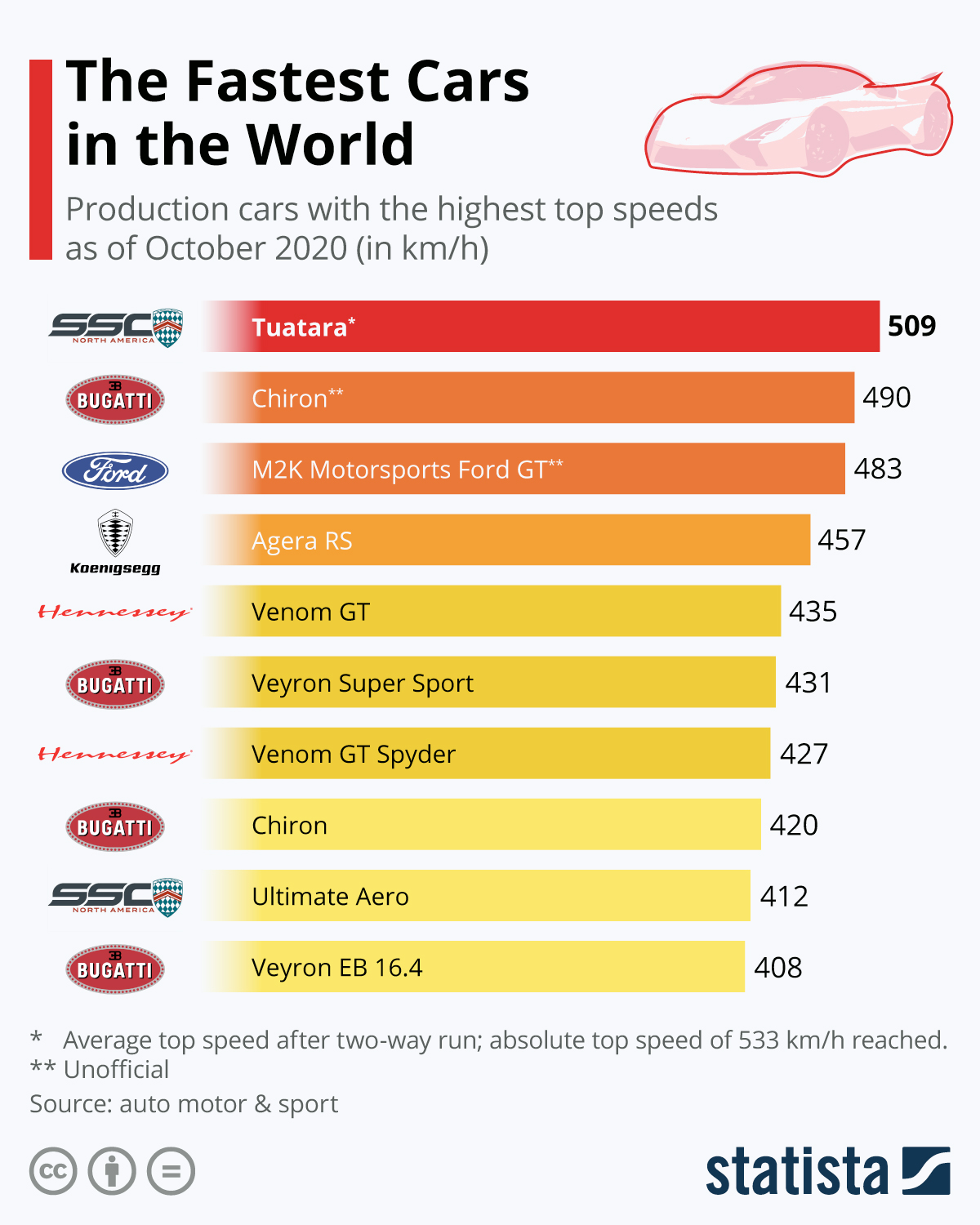