In financial terms, UEFA’s second tier competition is no match for the world’s biggest club competition in football

After an involuntary months-long break, the European football season is hitting the final stretch this week, as both the UEFA Europa League and the UEFA Champions League are scheduled to be finished in tournament form over the next two weeks. Bayer Leverkusen, Inter Milan, Manchester United and FC Kopenhagen kicked off the Europa League quarterfinals in Dusseldorf and Cologne, with the Champions League quarterfinals set to be played from Wednesday to Saturday in Lisbon, Portugal. While names like Inter Milan and Manchester United reek of past glory, the Europa League trophy is often considered the consolation prize in European football, clearly playing second fiddle to the internationally acclaimed Champions League.

As our chart illustrates, it’s not just prestige that the Europa League is lacking compared to the Champions League. In financial terms, the UEFA’s second tier competition is no match for what can safely be considered the world’s biggest club competition in football. A team that marches through the Europa League, winning every group stage game and going on to win the title will receive €21.3 million in prize money from the UEFA – an amount that most Champions League clubs have earned after the group stage. In total, the eventual Champions League winner can earn up to €82.5 million in prize money alone, nearly four times what the Europa League champion can make. 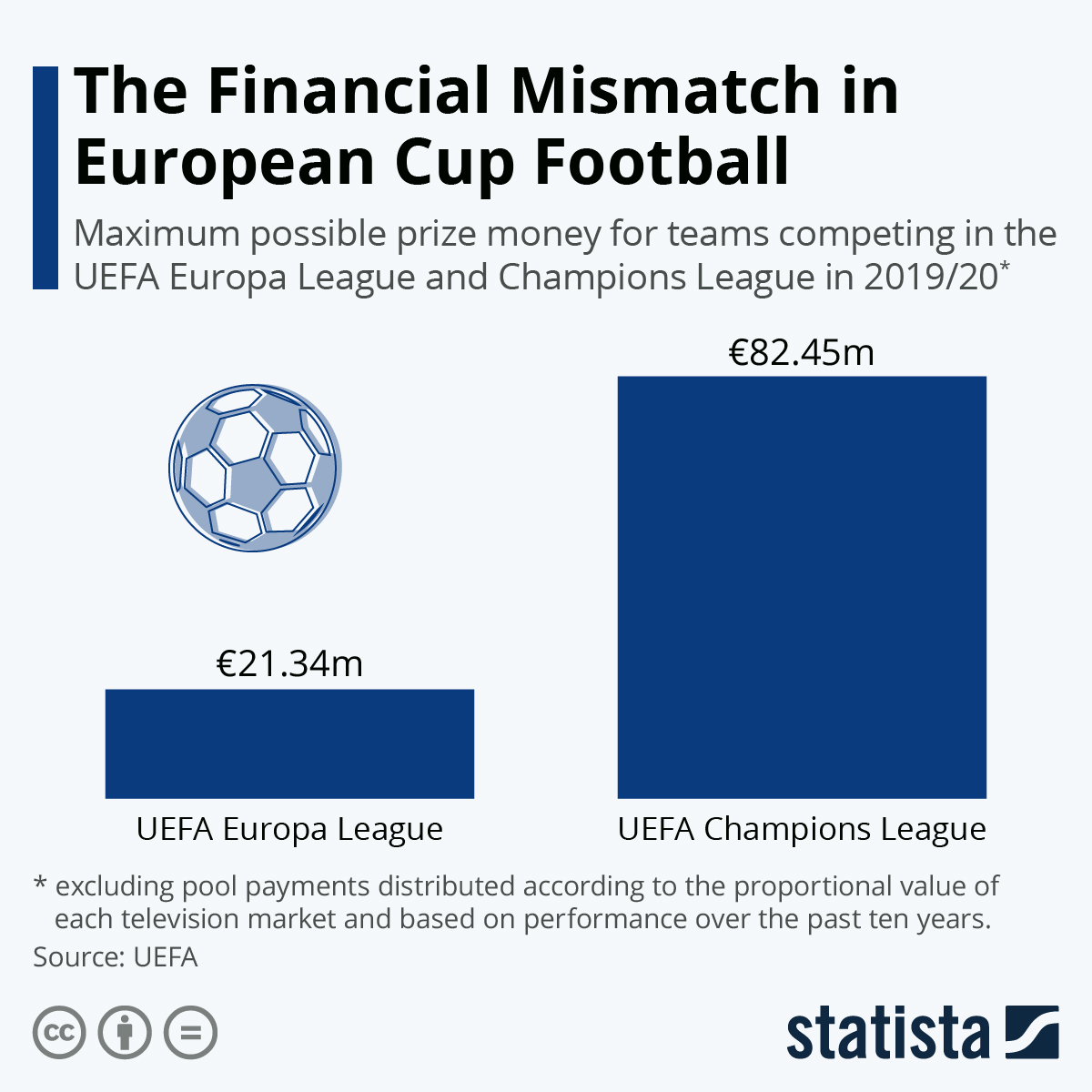