India dominates the list, with a Chinese city being the worst

Air pollution causes an estimated seven million premature deaths every year according to the World Health Organization. The recently released IQAir AirVisual 2020 World Air Quality Report found that 15 of the world’s 20 worst-polluted cities are in India, though the worst affected city on the planet is actually in China.

The Western Chinese city of Hotan had an average PM 2.5 pollution level of 110.2 in 2020. It was followed by a host of Indian cities including Ghaziabad, Bulandshahr and Bisrakh with PM 2.5 levels of 95 or higher. Besides Hotan, three other non Indian cities appear on the list of the world’s most polluted and they are Manikganj in Bangladesh as well as Lahore and Bahawalpur in Pakistan. 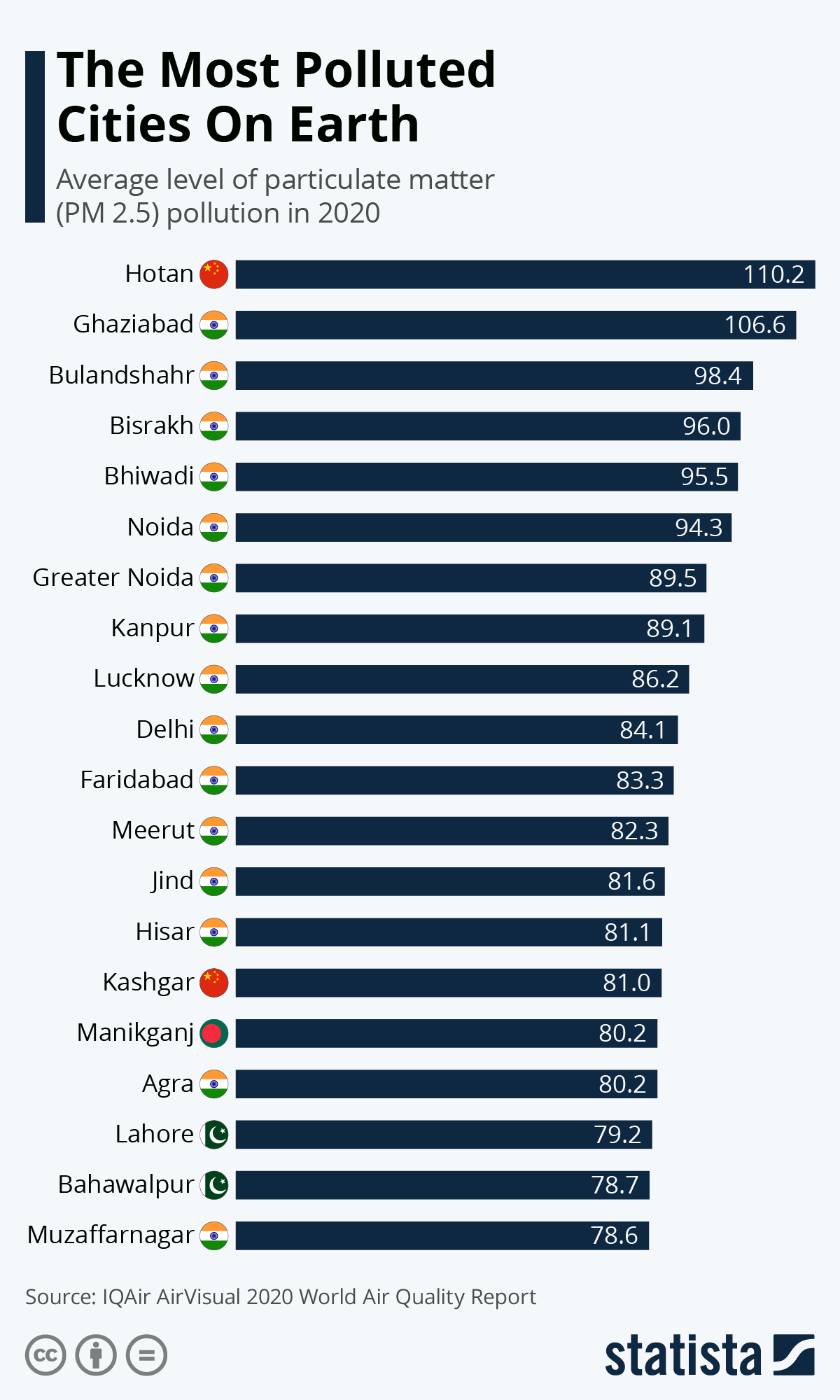 Four ladies climb mountain in their underwear for charity (photos)