The central heroes of the 1821 Greek revolution against the Ottoman Turks, Georgios Karaiskakis, Nikitaras, Markos Botsaris etc. became graffiti on the walls of Athens and went viral on social networks.

They are creations of the 18-year-old graffiti artist, under the pseudonym Evrytos, who through his works celebrates the 200th anniversary of the National Uprising, responding – as he says meaningfully – to those who seek to ‘muddle’ the message of the Fighters of 1821.

As Evrytos told protothema.gr, Greek history is not just a stimulus, but a source of inspiration and teaching for him. “Graffiti for me is a way of externalising the aesthetics of my ideas based on nation and patriotism, through graffiti I want people to feel what was born inside me when I came in contact with the history of our country,” he said, emphasizing that “I felt obliged to make a small effort with a spray can in order to spread the true messages of 1821.” 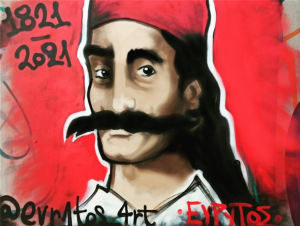 Risking getting arrested by authorities, who treat graffiti as “vandalism” and illegal activity, but also left-wing internationalists who are allergic to any reference to the concepts of homeland and nation, the 18-year-old creator explains that he chose to create his art on walls in inaccessible spaces, hoping that there will be interest to create in places more accessible and visible to the public. 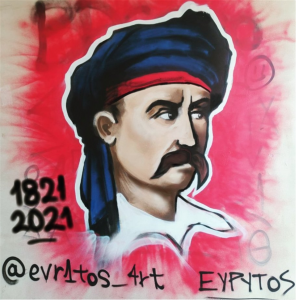 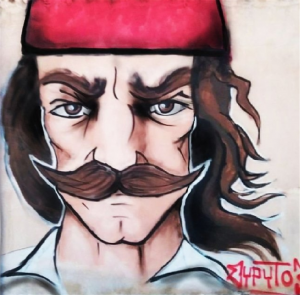 Where Women Are Most Likely to Be Your Boss (infographic)