The top country will surprise you

If you are working in Jordan, Saint Lucia, Botswana, Honduras or the Philippines, it is actually more likely that your boss is a woman than a man. This is according to 2019 numbers released by the International Labor Organization. Jordan led the pack with 62 percent of all managerial positions filled by women. But the numbers also show that only five out of 83 countries reporting these figures to the ILO have achieved gender parity in leadership positions.

The highest-ranking European country is Belarus in rank six, followed by Latvia, Moldova and Russia. Generally, Eastern European countries and former Soviet Republics score high in the ranking as do Central American nations. The United States ranks 21st with a 40.7 percent share of managerial positions being filled by women.

Asian and African countries rank lower with some exceptions. The Philippines are an obvious outlier: The country ranks fifth in the world, achieving parity in management. The next major Asian country without historic ties to Soviet Russia can only be found much further down the list. It is Myanmar in rank 39 at a meager 35.7 percent of female managers.

Greece is Gold for digital nomads

The ILO notes that women are most likely to hold managerial positions in human resources, administration, finance, marketing, or public relations – areas the organization defines as business support functions. The success of female managers in the Philippines, therefore, ties in with the strong local business process outsourcing industry. Women are over-represented in the sector as a whole and make up as many as two-thirds of employees in data processing and around three-quarters of those working in medical transcription, according to the Philippines Statistics Authority.

When it comes to women in executive roles, the world is further away from parity, but the Philippines once again rank high. According to a survey of 32 countries by Grant Thornton, female Filipino senior managers top the list by filling 43 percent of positions. The ILO ranking puts the share of females in middle and upper management in the country much lower at not even 30 percent, however. 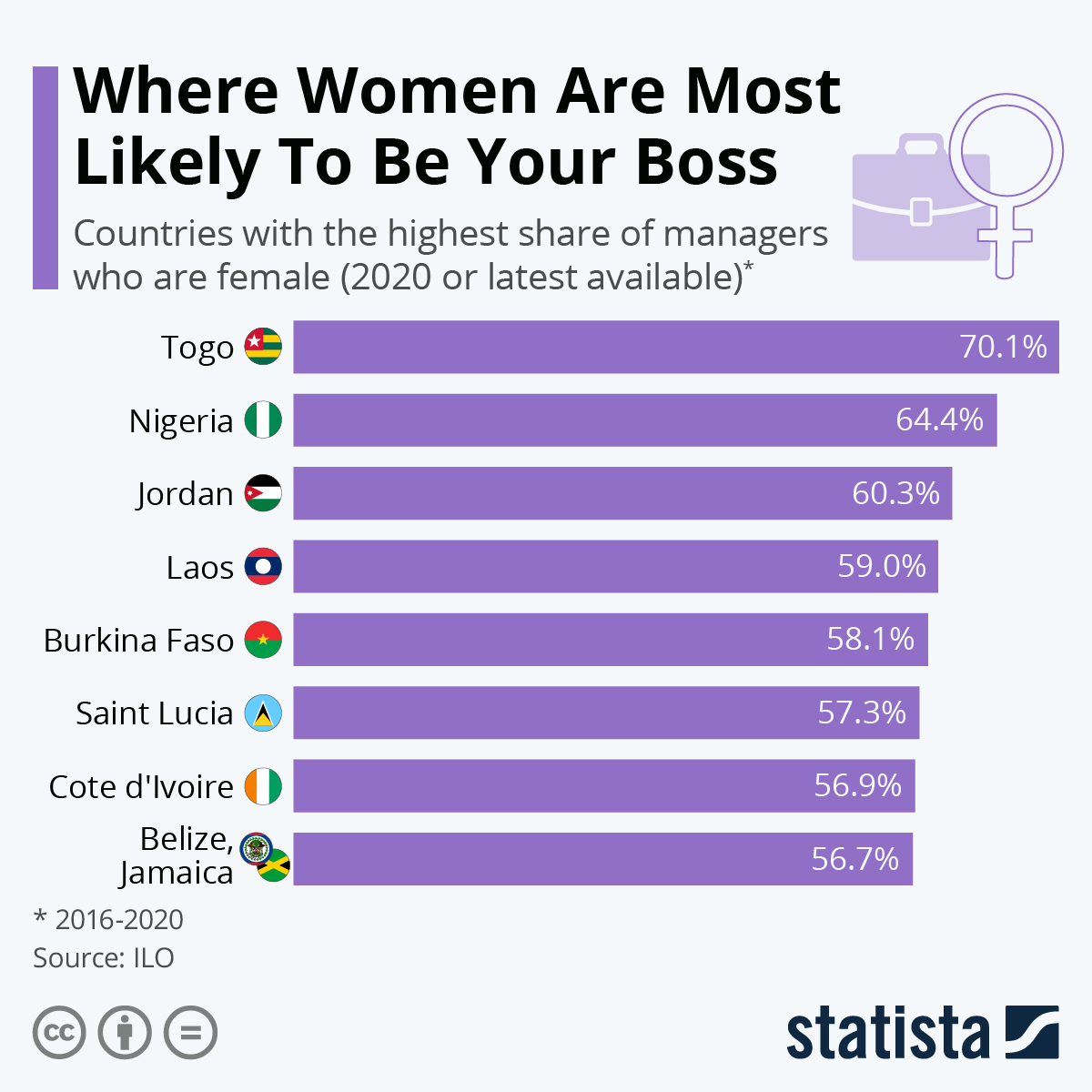