The most interesting body paint you will see this Summer!

Thought you’d seen the sexiest kits for the World Cup? Think again. Colombian body paint company Angeles Urbanos has painted models in shirts of each of the 32 teams at Russia 2018.

Gorgeous models have stripped off to get their strips on for the football photoshoot by the Bogota-based company, which has used body paint in the colors of each country’s flag as a variation of the official World Cup kits.

From Peru to Poland, from Belgium to Brazil, and from England to Egypt, Angeles Urbanos has got a saucy shirt for each side at the tournament. Some even feature painted-on thigh-high socks to complete the outfit.

The jerseys are the brainchild of artist Giovanni Zitro, who describes himself on the company website as a “bodypainting artist, make-up artist and photographer”, and a “teacher in image, makeup and bodypainting.”

Zitro, also known as “The Professor”, claims he stands out for “generating confidence and versatility in female beauty.” and has even made custom designs for the World Cup 2018 opening match between Russia and Saudi Arabia at Luzhniki Stadium in Moscow on June 14.

The body painting began in January with an advert placed for models. On May 10, Zitro began a countdown to that match by launching a raunchy photo of a model with a painted Argentina strip, with the caption “35 days until Russia 2018”.

Throughout the month, models have been featured on their own sporting each jersey, as well as in real tournament matchups, such as Senegal v Poland, Panama v Belgium and Switzerland v Brazil, and full groups.

Zitro has even used the models to make mock-up posters of the pre-World Cup friendly between Colombia and Egypt on June 1 at Stadio Atleti Azzurri d’Italia, Italy.

Colombia’s first game at Russia 2018 will be against Japan on June 19 in Saransk. The South American side, who boast Radamel Falcao and James Rodriguez in their ranks, also face Poland and Senegal in Group H. 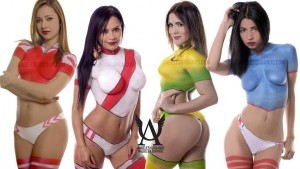 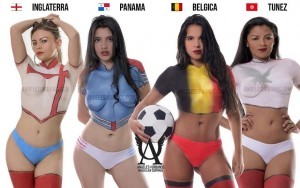 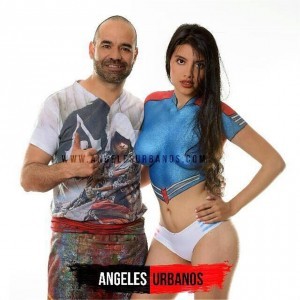 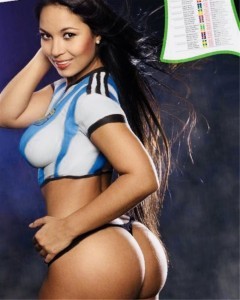 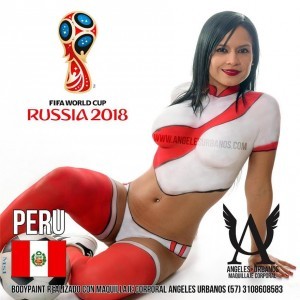 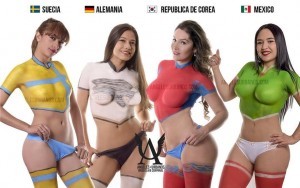 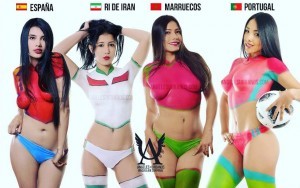 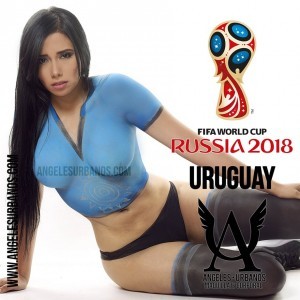 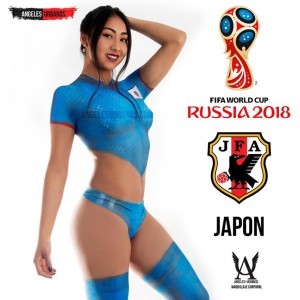 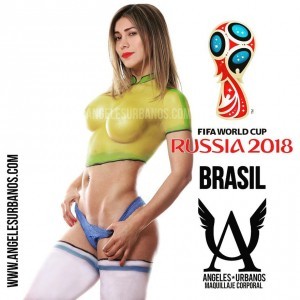 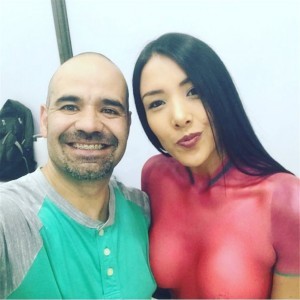