Four are in the US

Ahead of yet another overbudget Olympic Games, Tokyo was named the world’s most expensive city for construction. The Turner & Townsend International Construction Market Survey awarded the Japanese capital the unenviable gold medal for the world’s highest building costs and it is the first time it has topped the ranking. The research took stock of the construction industry in 90 markets across 45 countries and Tokyo’s presence in first spot was driven by a slew of real estate and infrastructure projects that resulted in higher demand for resources.

As well as being the world’s third-largest economy with a reputation for sophisticated technological prowess, the report notes that global investors including U.S. tech giants are interested in Japan for real estate as the country has potential for significant e-commerce growth given that consumer take-up trails China and Europe.

Proximity to Asian hubs and a stable power grid are further factors counting in its favor. Tokyo’s construction cost now averages $4,002 per square meter, a figure that is based on the average cost across four different types of buildings. Hong Kong comes second in the ranking with $3,894 per square meter, with San Francisco and New York following. All three of those cities have historically sat within the top-ten positions in the ranking.

The growing cost of construction in Tokyo has been reflected in the Olympics’ price tag which was intitially put at $7.3 billion in 2013 before being revised upwards to $12.6 billion in late 2019, just before the event was postponed due to Covid-19. The final cost was estimated by financial newspapers Nikkei and Asahi to be in the region of $28 billion. 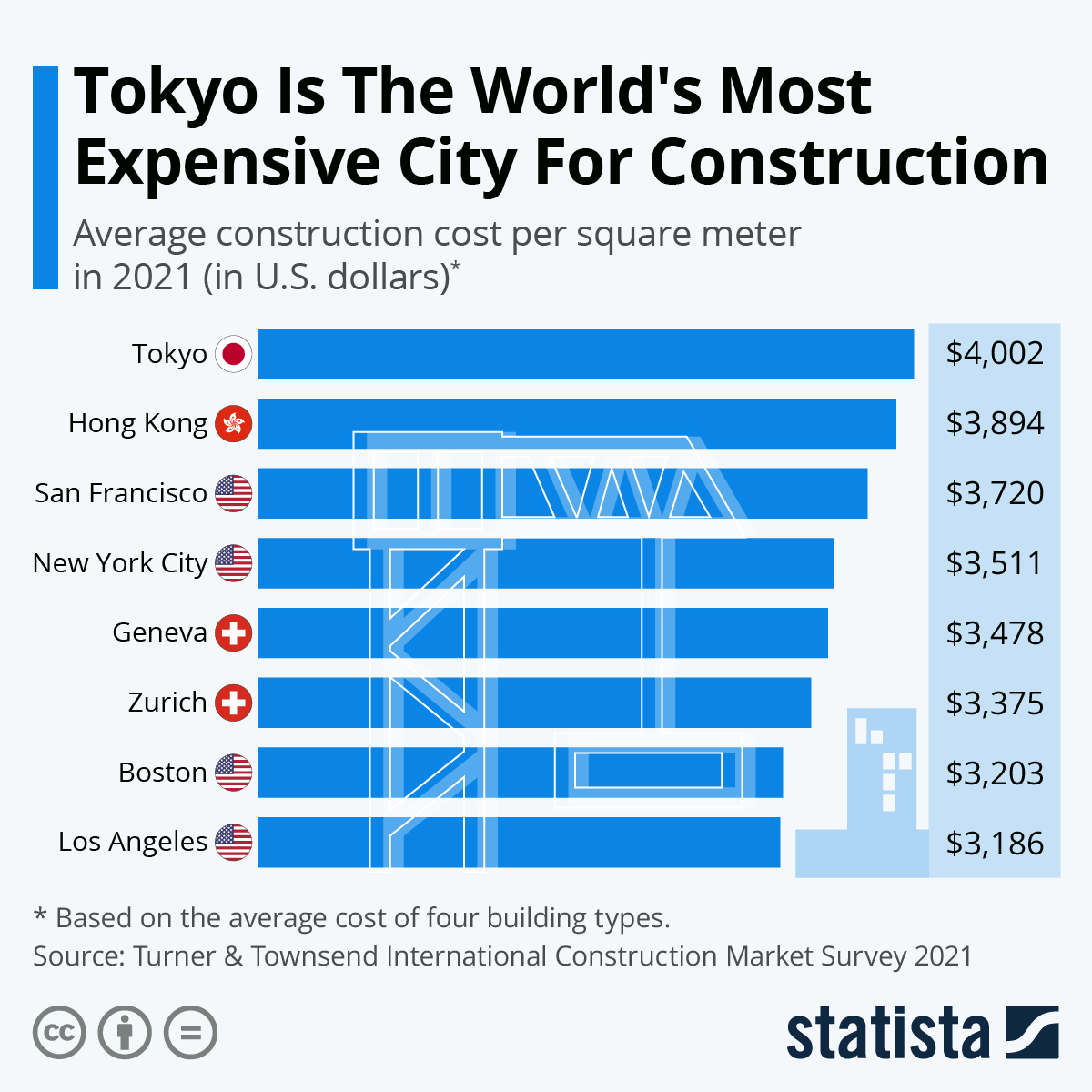