Animals do have feelings

A photo of a sheep and a dog has gone viral.

Nothing new here, as it is not the first time it happens. Animal photos attract the attention of people all the time.

But what makes this picture special and has moved the people so much is the story behind it.

In the photo, one can see a sheep comforting a wounded Georgian Shepherd dog moments after the later defended their herd from a pack of wolves.

The photo was allegedly taken on January 22nd somewhere in the Caucasus mountains. 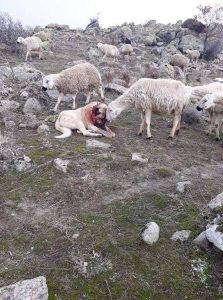