The French are the most cautious to get the jab

Two surveys, carried out by Ipsos in October and December, show that vaccination intention for COVID-19 declined in most countries out of a selection of 15. The exception to this rule is the U.S., where vaccination intent rose from 64 to 69 percent.

The biggest decreases in the desire to get vaccinated against COVID-19 were recorded in the two countries in the survey which had the least intention to begin with: France and South Africa. But Asian countries Japan, South Korea, and China experienced the next biggest declines at 9, 8, and 5 percentage points.

The first 8,000 doses of the Moderna vaccine for Covid-19 arrived in Greece

Chinese, Koreans, and Japanese, together with French respondents, were the most concerned about possible side effects of the vaccine in the survey. On a different note, Chinese people were the most likely to say they would decline the vaccine because they felt not at risk from COVID-19. 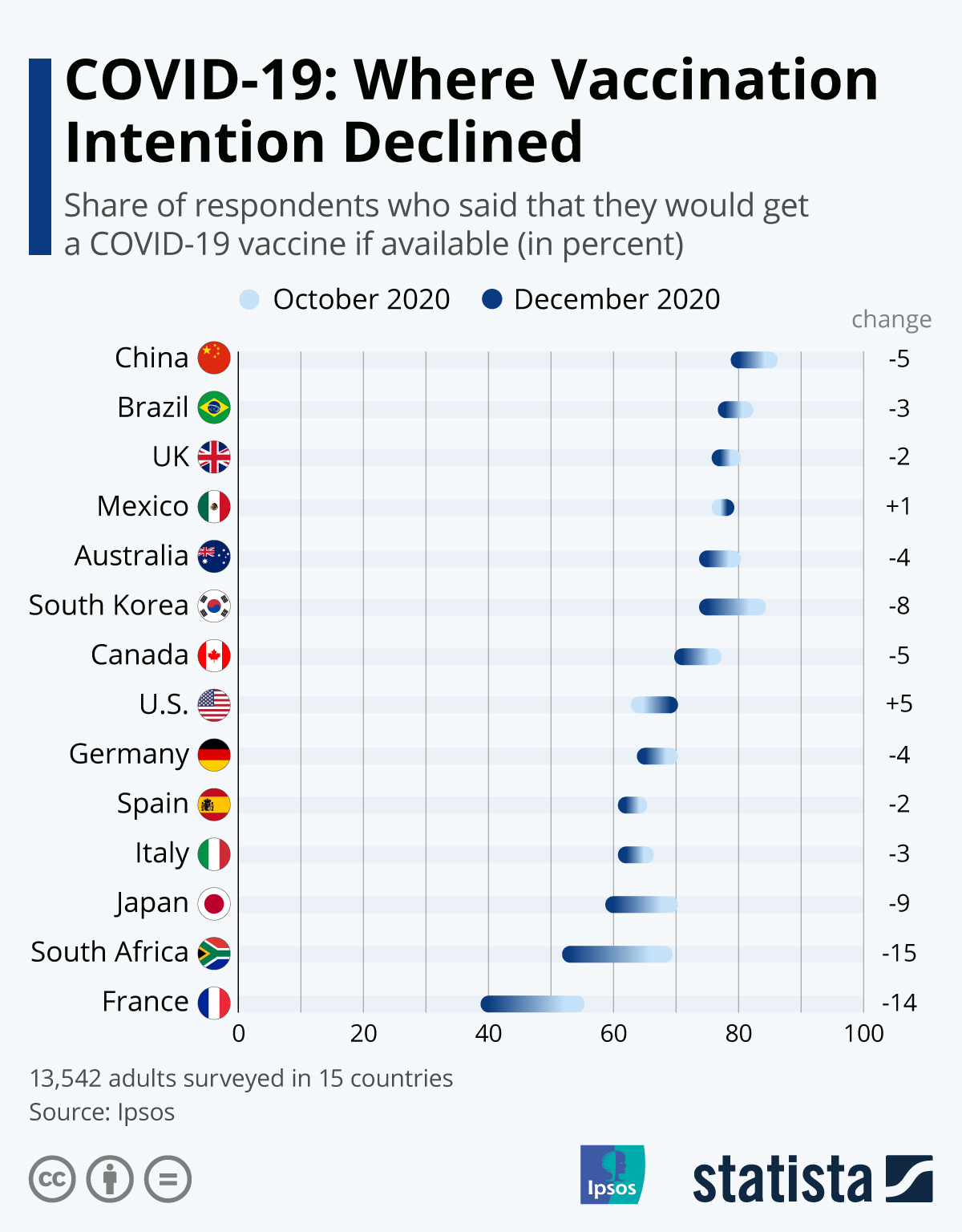