South Koreans are increasingly in favour

According to a survey of 27 countries carried out by Ipsos, fewer people think abortions should be permitted in Europe, while more people agree in Latin American and Asian countries. In the U.S., the number of people supporting abortion had climbed up steadily, but decreased again, almost to 2014 levels, this year.

The biggest increase could be seen in South Korea, with 20 percent more people agreeing that abortions should be legal in 2021 than in 2014. Around the world, support for legal abortions varied between 53 and 88 percent – with the exception of Malaysia, where only 30 percent agreed.

Despite the decrease in Europe, countries in the region still recorded the highest rates of support for abortion. France, which saw support for abortion fall 9 percent in seven years, still had 81 percent of the population supporting the procedure in 2021.

According to Ipsos, the drop in support for abortion in some places could be traced to anti-abortion advocates criticizing abortion providers for staying open during the coronavirus pandemic, arguing that abortions did not constitute essential care, and lobbying for centers to shutter.

Abortion in Greece has been fully legalised since 1986. Abortions can be performed on-demand in hospitals for women whose pregnancies have not exceeded 12 weeks. In the case of rape or incest, an abortion can occur as late as 19 weeks, and as late as 24 weeks in the case of fetal abnormalities. In case of inevitable risk to the life of the pregnant woman or a risk of serious and continuous damage to her physical or mental health, termination of pregnancy is legal any time before birth. Girls under the age of 18 must get written permission from a parent or guardian before being allowed an abortion. As of 2007, the abortion rate was 7.2 abortions per 1000 women aged 15–44 years. 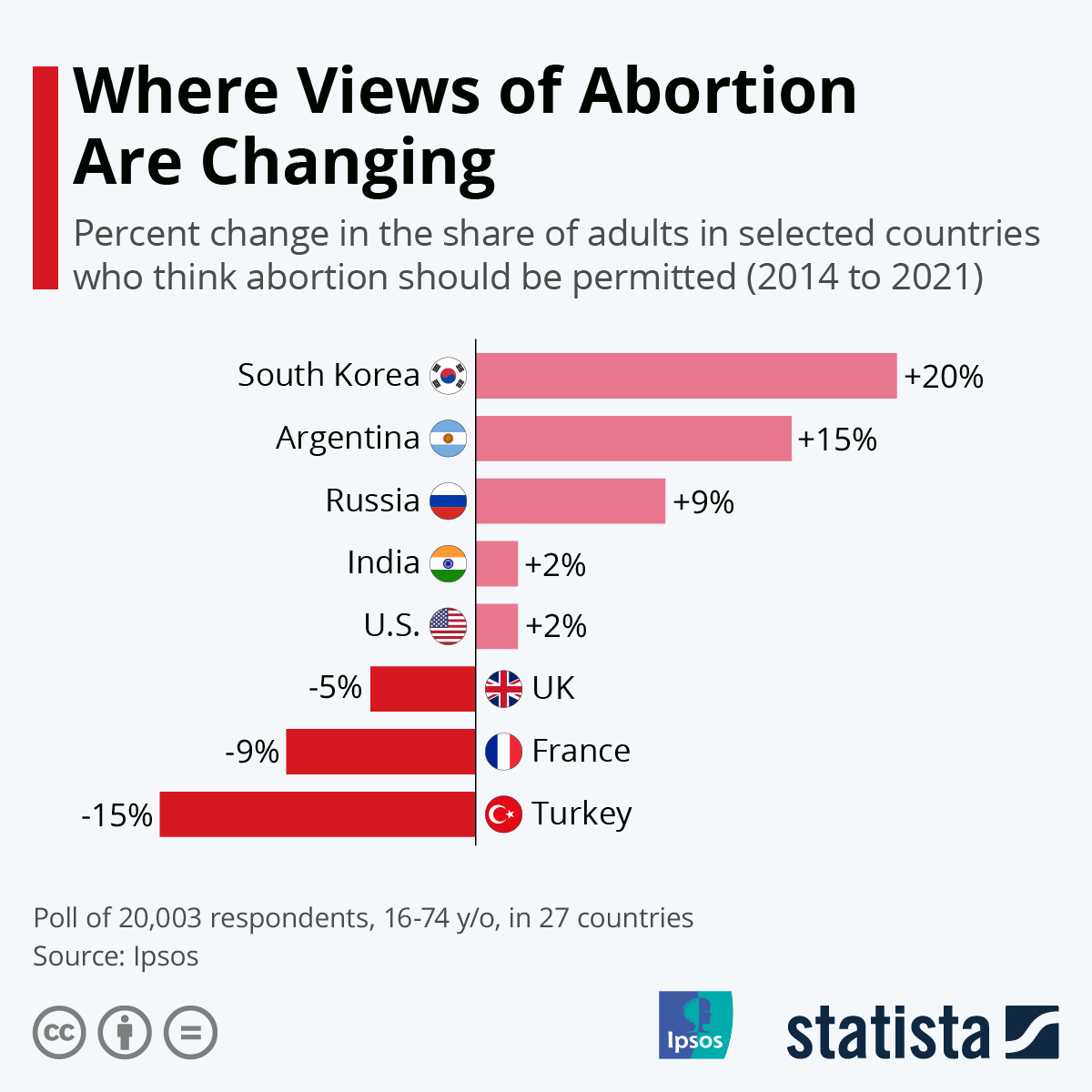