The survey is ongoing

Incredible new photos from the ongoing underwater archaeological survey at the Antikythera shipwreck that resumed in October 2019 have been made public by the Greek culture ministry.

The work was successfully completed, despite the adverse weather conditions and the limited amount of time for the salvage operation. 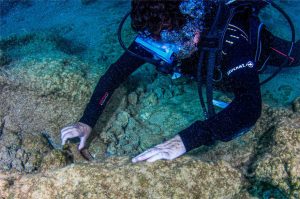 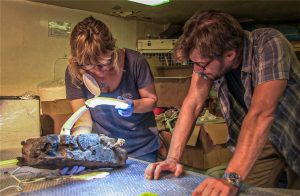 The research was supported by the Ekaterini Laskaridi Institution with the assistance of the ship “Typhoon”, which was granted by the Athanasios Laskaridis Public Benefit Foundation for its field research. 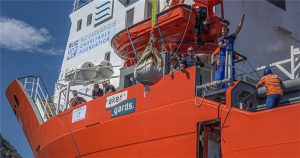 Initially, the exact location of the shipwreck was re-identified and re-demarcated after the last survey in September 2017. Five sacks of sand were lifted from the previous excavation period, the findings of which were carefully sieved through with special care by a specialist restorer of the Ephorate of Underwater Antiquities and in the presence of two archaeologists. 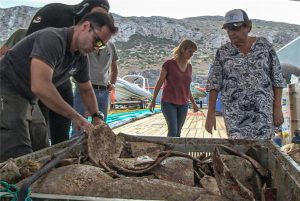 During the separation process, bones collected will be analysed, possibly olive kernels, ship nails, and a bronze ring of unknown origin.

In addition, a 110x110x45cm plastic basket filled with amphora sections, bases, necks, and bodies saved from the abdomen to the base was lifted to the surface. 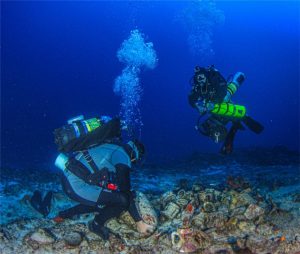 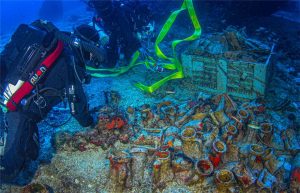 Among the findings was an iron stub with a circular tip.

Of particular interest was the fact that a different type of amphorae bases was identified among those from the island of Kos, whose origin has yet to be determined.

Three amphorae necks were lifted from the bottom of the wreck, two of the Laboglia 2 style from Lower Italy and one of Kos, as well as an intact amphora from Kos of incomplete on one handle. 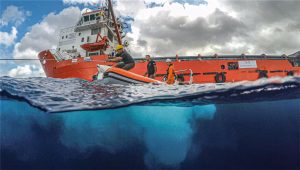 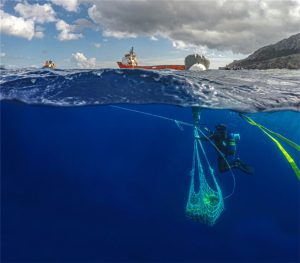 Another noteworthy and impressive find is a piece of wood that is quite probably a static element of the wreck that has 4 bronze nails. All the findings were transferred to the laboratories of the Ephorate of Antiquities for maintenance. 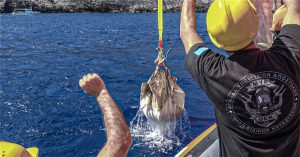 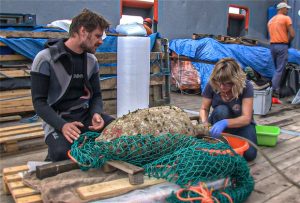 The scientific mission of October 2019 concludes the first five-year research program. Based on the results of the latest survey, preparations for the new five-year program, starting in May 2020, will start immediately with the continuation of excavation research in various areas of the wreck, where there are plausible indications that new impressive findings will come to light.