A chemical analysis of the bones of ancient Nubians shows that they were regularly consuming tetracycline, most likely in their beer. The finding is the strongest evidence yet that the art of making antibiotics, which officially dates to the discovery of penicillin in 1928, was common practice nearly 2,000 years ago.

The research, led by Emory anthropologist George Armelagos and medicinal chemist Mark Nelson of Paratek Pharmaceuticals, Inc., is published in the American Journal of Physical Anthropology.

“We tend to associate drugs that cure diseases with modern medicine,” Armelagos says. “But it’s becoming increasingly clear that this prehistoric population was using empirical evidence to develop therapeutic agents. I have no doubt that they knew what they were doing.”

Armelagos is a bioarcheologist and an expert on prehistoric and ancient diets. In 1980, he discovered what appeared to be traces of tetracycline in human bones from Nubia dated between A.D. 350 and 550, populations that left no written record. The ancient Nubian kingdom was located in present-day Sudan, south of ancient Egypt. 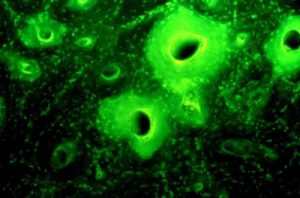 Armelagos and his fellow researchers later tied the source of the antibiotic to the Nubian beer. The grain used to make the fermented gruel contained the soil bacteria streptomyces, which produces tetracycline. A key question was whether only occasional batches of the ancient beer contained tetracycline, which would indicate accidental contamination with the bacteria.

Nelson, a leading expert in tetracycline and other antibiotics, became interested in the project after hearing Armelagos speak at a conference. “I told him to send me some mummy bones, because I had the tools and the expertise to extract the tetracycline,” Nelson says. “It’s a nasty and dangerous process. I had to dissolve the bones in hydrogen fluoride, the most dangerous acid on the planet.”

The results stunned Nelson. “The bones of these ancient people were saturated with tetracycline, showing that they had been taking it for a long time,” he says. “I’m convinced that they had the science of fermentation under control and were purposely producing the drug.” 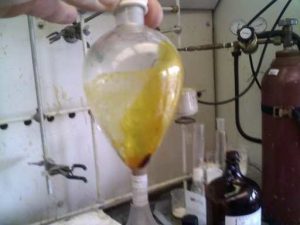 Even the tibia and skull belonging to a 4-year-old were full of tetracycline, suggesting that they were giving high doses to the child to try and cure him of illness, Nelson says. 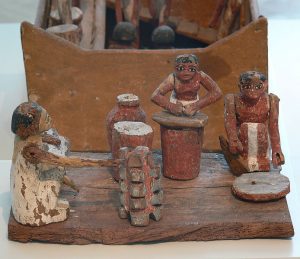 The first of the modern day tetracyclines was discovered in 1948. It was given the name auereomycin, after the Latin word “aerous,” which means containing gold. “Streptomyces produce a golden colony of bacteria, and if it was floating on a batch of beer, it must have look pretty impressive to ancient people who revered gold,” Nelson theorizes.

The ancient Egyptians and Jordanians used beer to treat gum disease and other ailments, Armelagos says, adding that the complex art of fermenting antibiotics was probably widespread in ancient times, and handed down through generations. 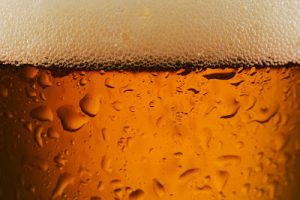 The chemical confirmation of tetracycline in ancient bones is not the end of the story for Armelagos. He remains enthused after more than three decades on the project. “This opens up a whole new area of research,” he says. “Now we’re going to compare the amount of tetracycline in the bones, and bone formation over time, to determine the dosage that the ancient Nubians were getting.”