Athens ranks second in the world, and first in Europe in terms of cities in countries that account for the largest proportion of GDP. In many countries, the capital city region is the beating heart of the entire economy. That’s probably hardly surprising, given that a capital city is usually the most populous in a country, as well as the centre of a nation’s political and economic ambitions. There are exceptions, however, and some cities rely on their capital’s economic clout far more than others. An OECD’s Cities at a Glance report revealed that capital cities account for around 26 percent of GDP on average in OECD member countries, while the organization’s database has more info on specific countries.

In the United States, Washington D.C. is the 20th largest city in terms of population. Given that rank, it only accounts for 0.7 percent of American GDP. Things are somewhat similar in Australia where the capital Canberra in the federal ACT district trails Sydney and Melbourne by a considerable distance in population. In 2018, Canberra’s contribution to GDP was just 2 percent.

TUI and Aida to start cruising the Greek islands in May

In many of Asia’s economic powerhouses, the effect of the capital is felt more strongly. For example, Seoul accounts for more than half of South Korean GDP while Tokyo’s contribution in Japan is 33.3 percent. Because of their sheer size and a high number of large cities, the capital effect was also felt less strongly in India and China where the capital regions stayed in the single digits as far as percent contributions to GDP go.

The capital is also crucial to many European economies with Athens a notable example. The Athens region accounted for 47.8 percent of Greek GDP in 2018. A notable exception on the continent is the German capital Berlin with a 4.4 percent contribution, the reason for this being strong industrial regions in the country’s central and southern regions. In 2016, a German think tank even calculated that the German per-capita GDP would increase if Berlin was excluded from the calculation. 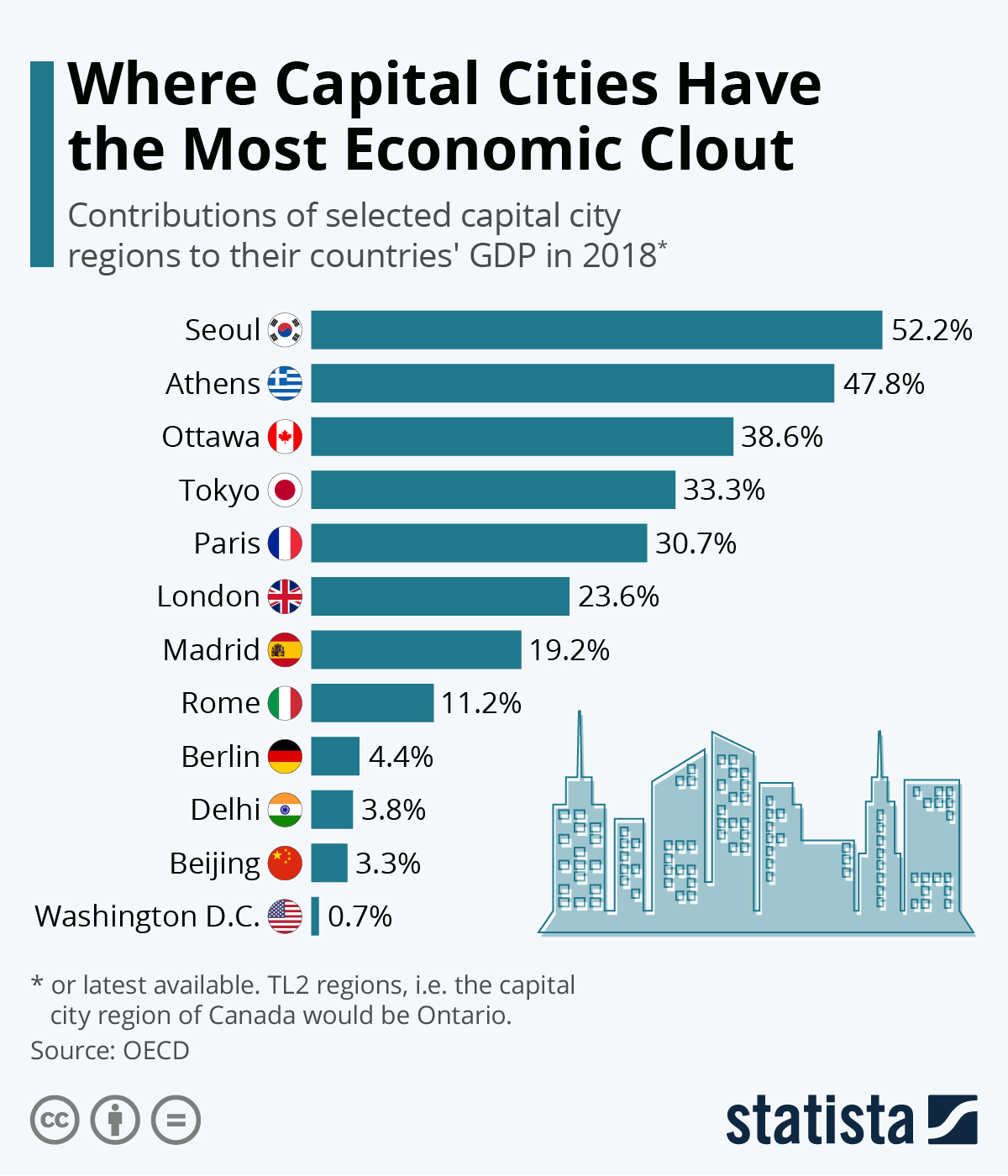