The nurse is in serious condition

Chaotic scenes took place on Monday morning at Attikon Hospital, Athens when a patient stabbed a nurse, injuring her.

A 59-year-old patient, of Albanian origin, underwent pneumothorax surgery a week ago, while within the next 48 hours he would be discharged.

His file does not mention a history of mental illness. He was in a four-bed room and he rang the bell calling the nurse for help. He was waiting for her with a kitchen knife behind the door and as soon as she entered he attacked her with the knife, threw her down and continued to hit her with his hands.

The nurse is 32 years old, married and mother of two children. She has injuries to her head, chest and back and her condition is serious, but her life is not in danger.

The 59-year-old then went up to the 5th floor, to the orthopedic clinic, and jumped to his death.

In the video and photo that follow you can see the room where the 56-year-old was treated and the incident occurred:

Erdogan: “We challenge our enemies on land, sea, air” 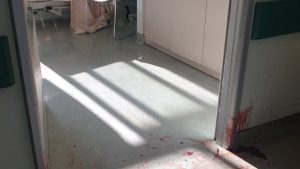 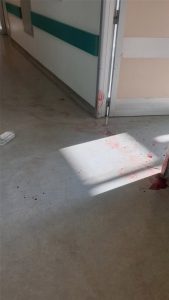