Canada cancelled all defense exports to Turkey on Monday after an investigation found that Canadian technology was used in the conflict between Azerbaijan and Armenia, the country’s foreign affairs minister said.

Ottawa suspended the sale of advanced drone optics and defence equipment last October amid allegations that Canadian technology was used by Azerbaijan, a key ally of Turkey, during six weeks of fierce fighting with Armenia over the disputed Nagorno-Karabakh region.

Earlier on Monday, Turkish Foreign Minister Mevlut Cavusoglu voiced displeasure over the arms embargo during a call with his Canadian counterpart, Marc Garneau, and asked for a review. 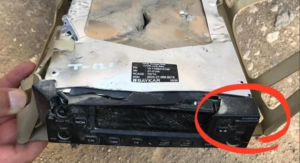 “[The] Canadians told Turkish authorities that they weren’t planning to lift the suspension of military export licences to Turkey, on the contrary, they would cancel all suspended military exports licences, even the ones issued in the past,” one person familiar with the matter told Middle East Eye.