Areas have been evacuated

A large fire is in progress in Patras with firefighters unable to contain its spread as strong winds are hindering their efforts.

The region of Souli has been evacuated, while the flames have reached the first houses. Firefighter airplanes have been thrown into the battle while the smoke has reached Koukouli. The Perimetre at the height of Glafkos was closed, while the Roma settlement in Riganokampos is being evacuated.

In the area, Church bells are ringing for the evacuation of settlements. In Souli, according to “patrastimes.gr”, residents are refusing to leave their homes despite the calls of the police, who are trying to convince them to leave as soon as possible.

The Fire Brigade ordered the preventive evacuation of the community of Drosia in Achaia shortly before 13:00 noon for their security as the fire is raging out of control in a forest area. 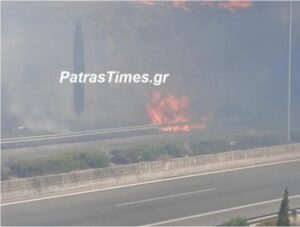 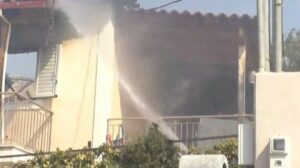