Maria Faedra Tsialera is the only teacher who lives on the small island of Arkoi in Greece’s Dodecanese and keeps the primary school of the island open for the one and only student who lives there permanently.

Tsialera was born and raised in Thessaloniki but her teaching career brought her to one of Greece’s smallest islands. 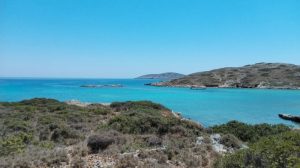 As state-run news agency AMNA reports, she asked to be on this island a year and a half ago, since then she helped to build the island’s only school. Unfortunately, the school’s closure could be imminent due to the lack of children on the island.

The island is inhabited year-round by only 35 people.

Tsialera was recently honored by the Academy of Athens for her dedication and professionalism.

When Tsialera spoke with AMNA she said that she doesn’t regret her decision to go to Arkoi at all. 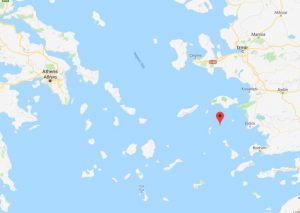 The school is trying to give everything to its only student, as it cooperates with other schools and people from across the country and beyond.

For example, due to the lack of an English teacher, the student is having interactive classes on the internet with one English school which is located on the island of Leros. 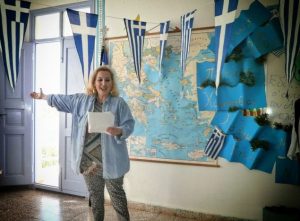 For this to happen, the infrastructure needed to be created in order to connect the school with broadband internet, something that happened in 2017, after the Minister of Digital Policy ordered the work to be done.

The Greek Army is also helping the school with its everyday needs and the local community, along with Greeks from the diaspora, are trying to create better conditions so that more people may be able to go and live on Arkoi.

This small Greek island is part of the Dodecanese archipelago. It is situated in the eastern Aegean Sea, close to the Turkish Aegean coast and it belongs to the municipality of Patmos.