Albanians looted the grave of three Greek WWII soldiers in the village of Vodino in the Northern Epirus at the southern part of Albania and stole their bones.

The incident was noticed last Saturday and has upset the Greeks in the area.

The case is being investigated by the Argyrokastro Prosecutor’s Office, but there is no official announcement so far.

There are two theories about what happened: The first is that this is the work of criminals seeking “ransom” for the return of the bones, which is however, not very likely. The second is that this is the action of Albanian nationalists who react to the presence of Greek cemeteries of the Greek-Italian War 1940-1941 in the Northern Epirus. 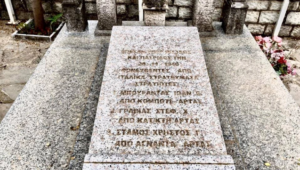 In the grave, located in the courtyard of the Holy Temple of Agia Paraskevi in Vodino, were buried the soldiers Stefanos Gravias, Ioannis Bourandas and Christos Stamos -all of the Greek city of Arta- who were killed in November 1940 in the area. 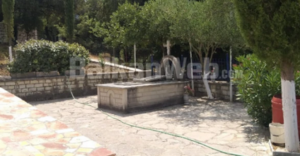 The southern part of Albania, the Northern Epirus, is populated by an indigenous ethnic Greek minority. Throughout the communist years the Greek minority was oppressed by the Albanian regime.

In the years following the fall of communism there has been an increased in intensity, but carefully organized, persecution of the minority, a velvet ethnic cleansing that takes place under the radar of the international community.

The execution of Konstantinos Katsifas by the Albanian Police Special Forces in 2018 and the demolition of houses that belong to Greeks in Himara are the latest examples of the Albanian government’s tactics.