There are damages to houses and rocks have rolled onto roads

A man has died from the strong earthquake of 5.8 Richter in Crete.

The victim is one of the three people reported to have been trapped in the church of Profitis Ilias in Arkalochori.

According to the information of protothema.gr, the dome of the church collapsed, as a result of which a person was fatally injured.

Another citizen in the village of Patsideros, who was trapped inside his house, was rescued as he could not open the door due to the damage from the earthquake.

At the same time, eleven people who were injured (seven with minor abrasions and two with fractures) have been admitted to hospitals/health centres, while there are no others trapped.

So far the Fire Department has received several calls for damages in buildings in the villages of Roussochoria, Archontiko, and Patsideros. Firefighters are already in the area while the entire state aparatus has been mobilised.

A powerful earthquake of 5.8 magnitude on the Richter scale rocked Crete at 9:17 in the morning.

According to initial reports from local media, the residents abandoned their homes due to the strong tremor, while there are reports of two trapped people in the area of ​​Arkalochori, with the special disaster unit of EMAK is on the scene.

The focal depth is located at 10 km.

Another strong aftershock of 4.5 on the Richter scale followed at 09:37.

The estimate of the Euro-Mediterranean Institute puts the tremor at 6 Richter.

Also, towards Profitis Ilias, a rock fell and hit a car injuring the passengers, fortunately lightly.

An evacuation order has already been issued for the schools in the city of Arkalochori.

According to reports from cretalive,gr, there is damage in the area of Arkalochori, rocks have fallen on roads, and a building has been severely damaged by the tremor. 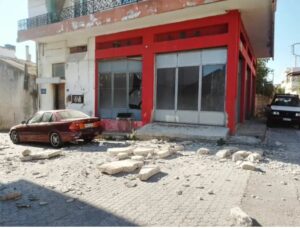 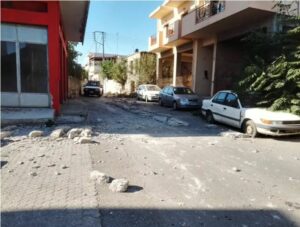 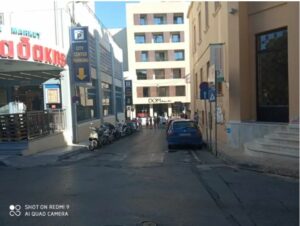 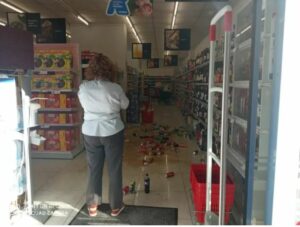