Living in Bury St Edmunds, Mrs Wadsworth was well-known locally for the role she had played flying Spitfires as part of the Air Transport Auxiliary (ATA) during the Second World War.

The ATA’s job was to deliver new and repaired aircraft to squadrons of the RAF and Royal Navy.

Mrs Wadsworth, originally from Nottingham, happened to see a notice looking for pilots after beginning her work with the ATA.

After just 12 hours of training, Mrs Wadsworth was up in the sky. 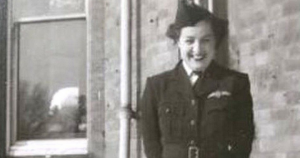 She went on to pilot more than 22 different types of aircraft during the war, including Hurricanes, Hellcats, a Mustang and most notably Spitfires.

Speaking to this newspaper in 2018, to mark her 101st birthday, Mrs Wadsworth said the Spitfire would always be her favourite of the planes she flew.