The act of heroism that turned the tide of WWII

It is October 30th 1942, 78 years to the day, and a rather ordinary action of four destroyers in the Mediterranean north of the Egyptian coast will turn the tide of the war around for the Allied forces.

After several hours of chasing and dropping depth charges against a German submarine U-559, the “wounded” beast emerged with serious damage as its crew abandoned it.

HMS Petard approached to rescue the German crew but the temptation to board the sinking submarine and take whatever they could was great.

Volunteers were called in and Lieutenant Fasson, 29, showed up first. Second was Grazier, a 22-year-old sailor, who was joined by 16-year-old Brown, who had joined the Navy after lying about his true age.

The three of them boarded the dark submarine as the water was rising rapidly.

Grazier and Fasson discovered a series of documents that they handed to Brown to take out, a task that the teenage sailor successfully completed despite the fact that the water was rising rapidly and the ink on the documents was intentionally water-soluble.

The other two sailors went back inside in order to extract equipment or other items that would be of interest but the damage to the submarine was much greater than what they thought. The water rose rapidly and the hull tilted, trapping Fasson and Grazier inside. They sank with it in its wet grave. 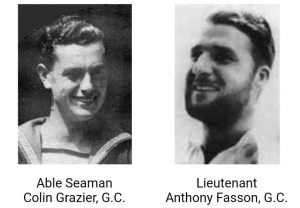 The documents that Brown brought up were sent for analysis to the Navy’s special decoding center in Bletchley Park.

59 years ago the USSR tests the “Tsar Bomba” (video)

Will Greece get the F-35 instead of Turkey? 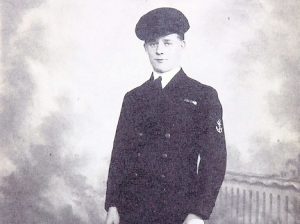 As it turned out it was the codes for the “Enigma” encryption device that revealed all the secret communications of the Germans.

The discovery was extremely important as the Atlantic War continued and 800.000 tons of Allied ships were being lost to U-Boots each month. 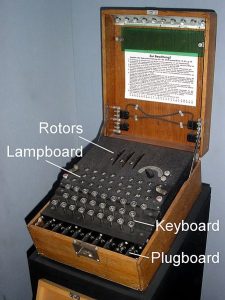 The sacrifice of the two men and the skills of the experts in Bletchley Park are perhaps the most important factors in tipping the balance in the Battle of the Atlantic and WWII in general.