How to survive modern warfare using old but classic ideas

The lengths that Taiwan’s Republic of China Army goes to ensure its armored vehicles might survive a potential invasion from the Chinese mainland were made abundantly clear during the country’s latest series of war games. The recent Combat Readiness Week brought images of tanks and other armored vehicles hidden in urban environments using some ingenious camouflage methods, including hiding them under junk and making them look like civilian construction equipment.

While it’s commonplace for military vehicles operating in rural terrain to be liberally adorned with foliage, the same technique can have a place in the cityscape too. A photo released by the Republic of China (ROC) Military News Agency showed several M113 armored personnel carrier variants sheltered under a highway bridge and covered in the types of ferns and ivy that might grow through the cracks in these urban environments. 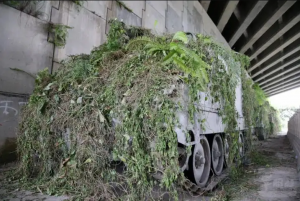 More extreme measures to blend into the backdrop of the city included what appeared to be a Clouded Leopard 8×8 infantry fighting vehicle adapted to look like a yellow civilian crane. The effect was achieved using a combination of yellow-painted wooden boards and fabric. 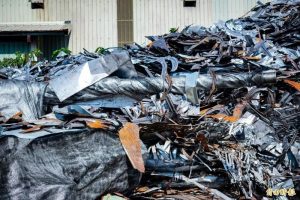 (Can you spot the tank?)

Perhaps even more extraordinary are the photos showing at least one main battle tank — presumably an example of the Cold War-era American-made M60A3 Patton, or a locally upgraded CM-11 and CM-12 Brave Tiger — hidden in what looks like a scrapyard. The tank is swathed in a metallic-effect fabric covering that blends in remarkably well with the surrounding scrap metal, some of which also adorns the tank, including obscuring its barrel.

PM Mitsotakis on National Recovery and Resilience Plan: “It is a huge stake we all must win”

Stop everything! David Hasselhoff is making a metal record (video) 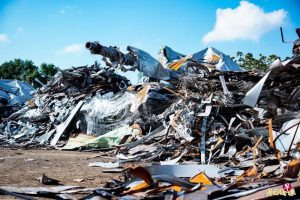