Saudi Arabia has the largest

In 2019, total global military expenditure rose 3.6 percent to $1.9 trillion, according to new data from the Stockholm International Peace Research Institute (SIPRI). It has reached its highest level (inflation-adjusted) since 1988 as well as being 7.2 percent higher than in 2010. U.S. military spending grew for the second year in succession after seven years of consecutive decline. Total U.S. spending last year was $732 billion, nearly as much as the next 10 spenders combined.

Despite increasing its defence budget for the 25th year in succession, China came a distant second for military spending last year with an estimated $261 billion – 85 percent higher than its expenditure in 2010. India ($71.1 billion) and Russia ($65.1 billion) followed while Saudi Arabia ($61.9 billion) experienced a 16 percent decline in its military spending, placing it fifth in last year’s spending table. When it comes to military budgets as a share of GDP, however, the situation is very different indeed.

Despite its decrease in spending, the military still accounted for 8 percent of Saudi Arabia’s GDP in 2019, the highest share out of the top-15 spenders in SIPRI’s analysis. By contrast, the $732 billion spent by Washington “only” accounted for 3.4 percent of U.S. GDP. Elsewhere, Russia’s increases in spending on its armed forces pushed its share to 3.9 percent while Germany’s was 1.3 percent. 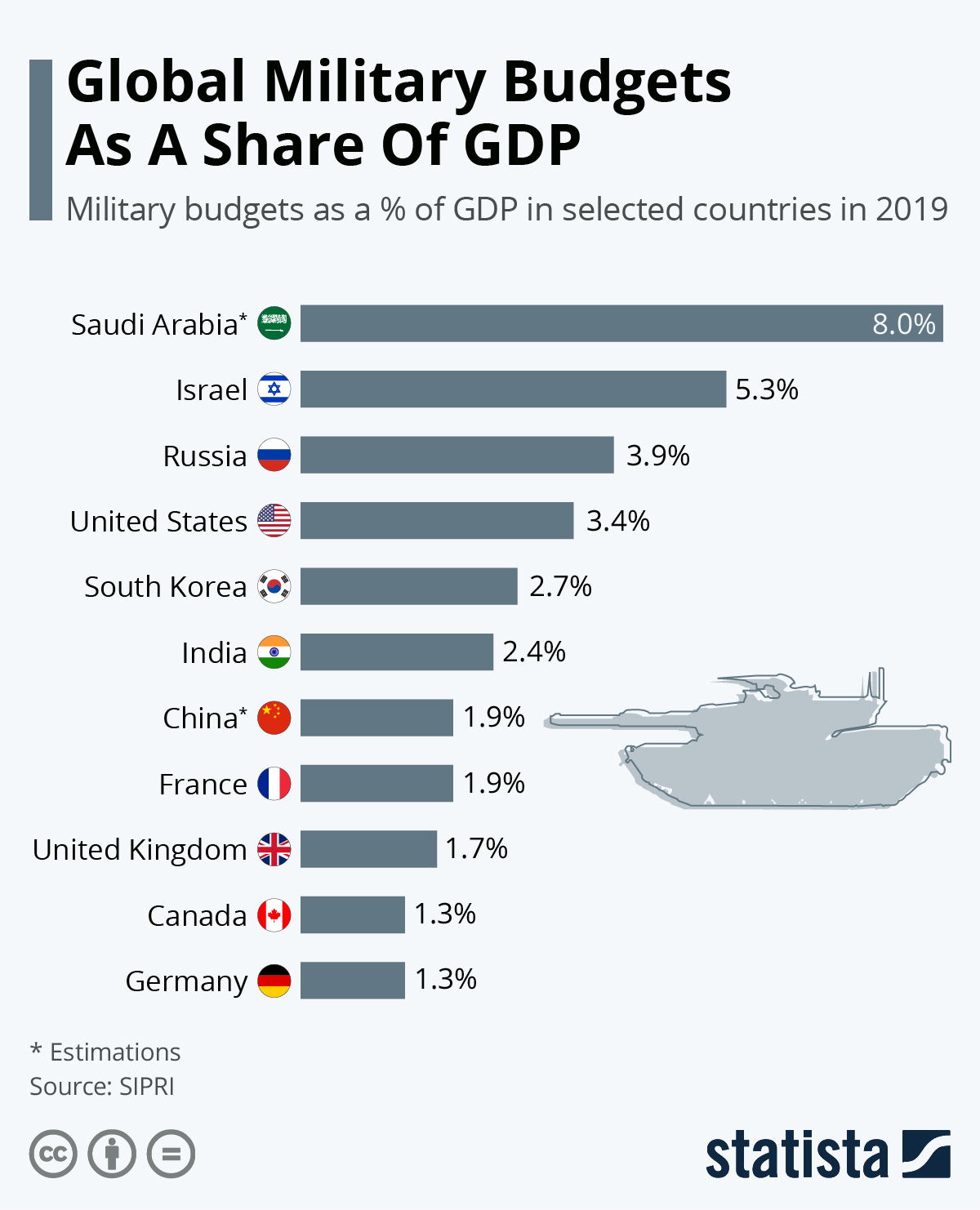