Ioli, the horse found in Thuria, Greece in 2020, ossified and sick, has shown great improvement.

The horse, after actions and orders of the Prosecutor of Kalamata, was handed over to the Hellenic Association for the Protection of Equidae. 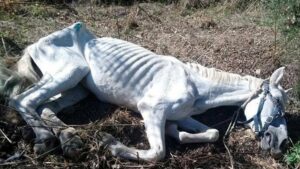 The beautiful horse, 22 years old today, has returned to her normal state, as after a special treatments she managed to stand on her feet again.

The Association made a new post about Ioli stating the following:

“The before and after of Ioli. When we brought Ioli to HAPE and saw her, although we knew from the photos that the animal was bony we were shocked by her size, it seemed to us that we could literally lift her in our hands, she was so weak. The understanding was that we found her barely alive and the next few days are crucial for her survival. 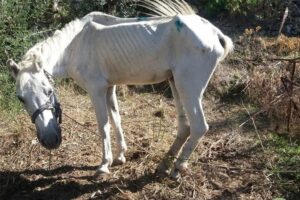 Fortunately, the animal had strength even within the first two weeks overcame the first obstacle to its recovery. Intensive treatment and undivided care on her body so that we can finally see her in a healthier physical condition after 4 months and still on the way to her full recovery. 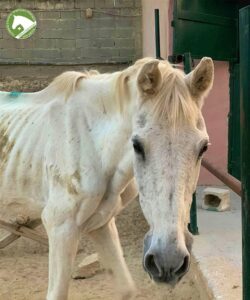 The biggest challenge for us again is her psychological world which is obviously shocked because even her resistance to any touch is too great. The pain and hardship are written deep in her heart. With stubbornness and optimism we will be by her side until this aching soul comes to its senses and finds a little peace that it so much needs and deserves”. 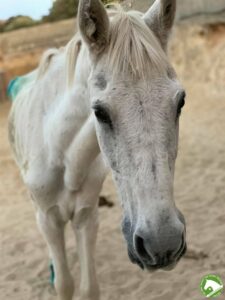 As Stella Kalamaki, a volunteer and member of the Board of the association, reports to protothema.gr, she unfortunately faced many problems due to the abuse she had suffered: “The unfortunate Ioli was found tied to her legs and head. She could not move at all. Unfortunately her owner left her to die. She was lying on the ground for days and had many wounds on her body. We were not sure if she would manage to come to us, as a result of which she was hosted for a week in a equestrian club near Kalamata, so that she could eat and feel a little better, to make the trip to Athens”.

PM Mitsotakis on National Recovery and Resilience Plan: “It is a huge stake we all must win” 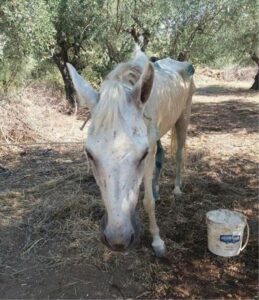 At the first check-up of the Ioli brought many marks on her body, while the change in her character was also important: “With care and love we gave her life again. Many treatments were performed because one of her legs was swollen even on her hoof. She was completely malnourished, you could count all her bones, and now she has returned to her normal weight. Her character had changed from the abuse she had suffered. Initially she was awkward and obviously stressed, she was scared but now she has felt safe and calmed down. She found herself again and we are all happy about it. Ioli is now fine, we all love and take care of her because she deserves it”. 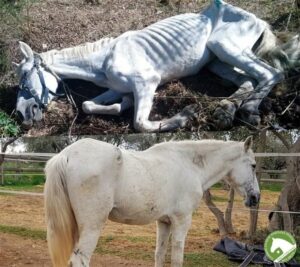 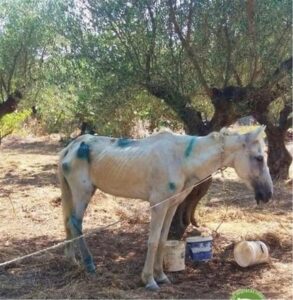