An Afghan is wanted by authorities

The three Pakistanis, who are accused of gangraping a mentally handicapped pregnant woman, were taken in handcuffs before the Athens Prosecutor’s Office, while another accused of Afghan origin is wanted by the authorities.

The case of the gang rape of a 25-year-old pregnant woman in Agios Panteleimon in the early hours of Wednesday has shocked the Greek public opinion, as the alleged act by the four suspects happened to the young woman, who is in the third month of her pregnancy and allegedly has a mental disorder. 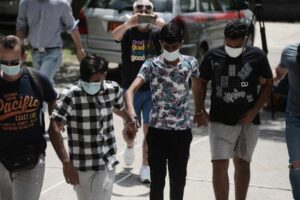 According to what she described to the police, the 25-year-old had gone to Omonia on Tuesday night in order to fix her mobile phone. She was approached by a young man of Afghan descent, who led her to a dark spot and raped her. 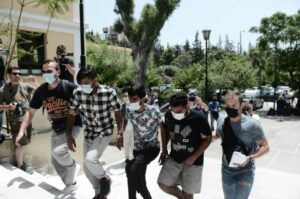 Shocked, the 25-year-old asked for help from three Pakistanis who persuaded her to follow them to help her. She was taken by taxi to an underground apartment in Agios Panteleimon, where she was gang-raped.