As Russia celebrates 60 years since Yuri Gagain became the first person to orbit the Earth, the state of space travel looks very different. While Gagarin’s amazing feat lasted 108 minutes, some people have amassed hundreds of days in space. Russia’s Gennady Padalka currently holds the record for the most days spent in space and he was in orbit for a collective 878 days over the course of five missions, according to data from spacefacts.de.

Padalka beats fellow Russians Yuri Malenchenko and Sergei Krikalev who have also spent more than 800 days in space. U.S. astronaut Peggy Whitson is the first person from outside the former USSR on the list and she comes ninth (just missing out on the top-8 infographic), having spent 665 days in space. 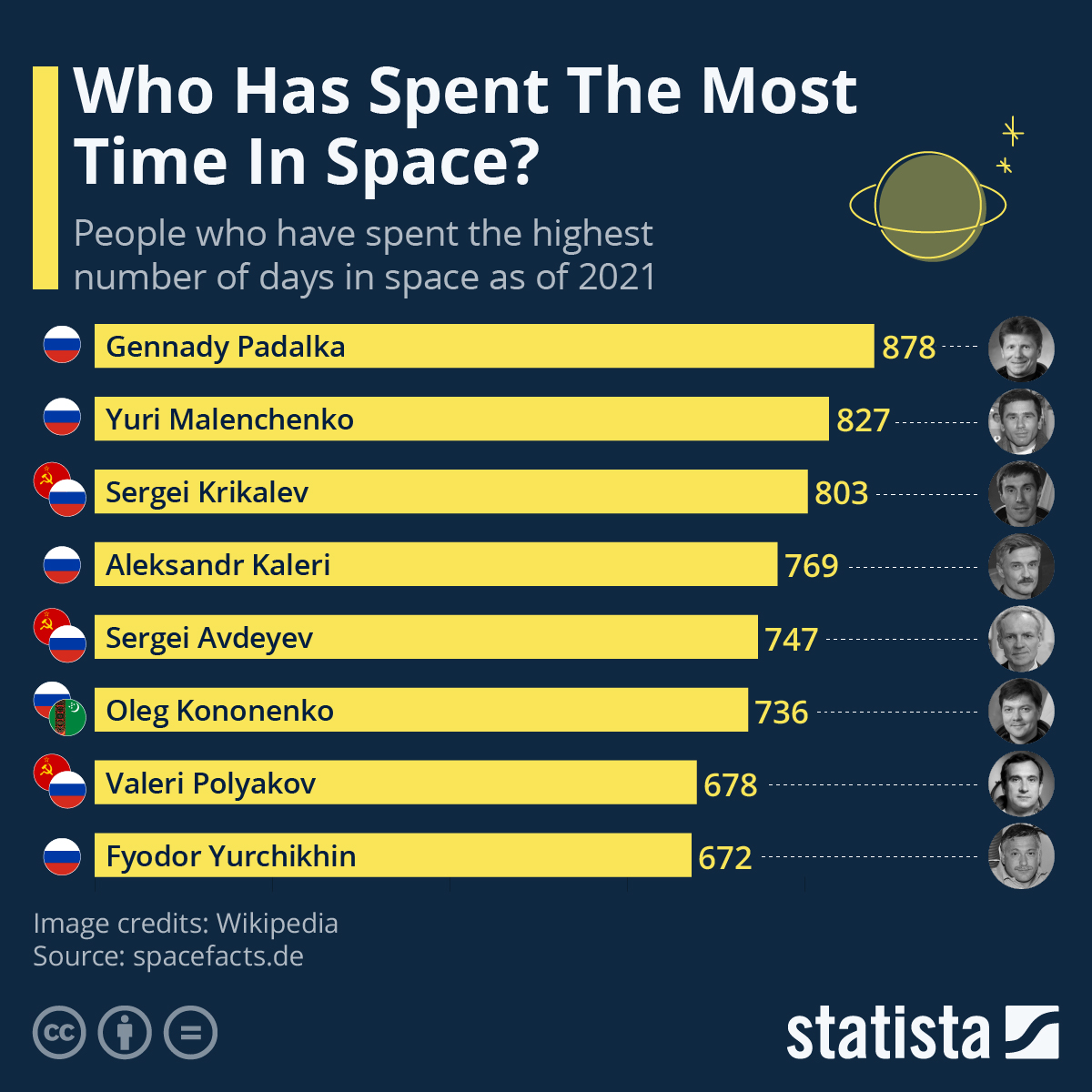