Luxembourg had the highest rate, based on 2018 data

In 2018, the latest year data is available, there were 2.4 million non-fatal workplace accidents across the European Union that resulted in employees being absent from work for four days or more, according to Eurostat. 2,954 fatal accidents were documented and the vast majority, 96 percent, involved men.

The good news is that the standardised incidence rate (fatal accidents per 100,000 workers) has fallen over the past few years in the EU, declining from 2.87 in 2010 to 2.21 in 2018. There is still work to do in countries where the incidence rate remains far higher than the EU average. 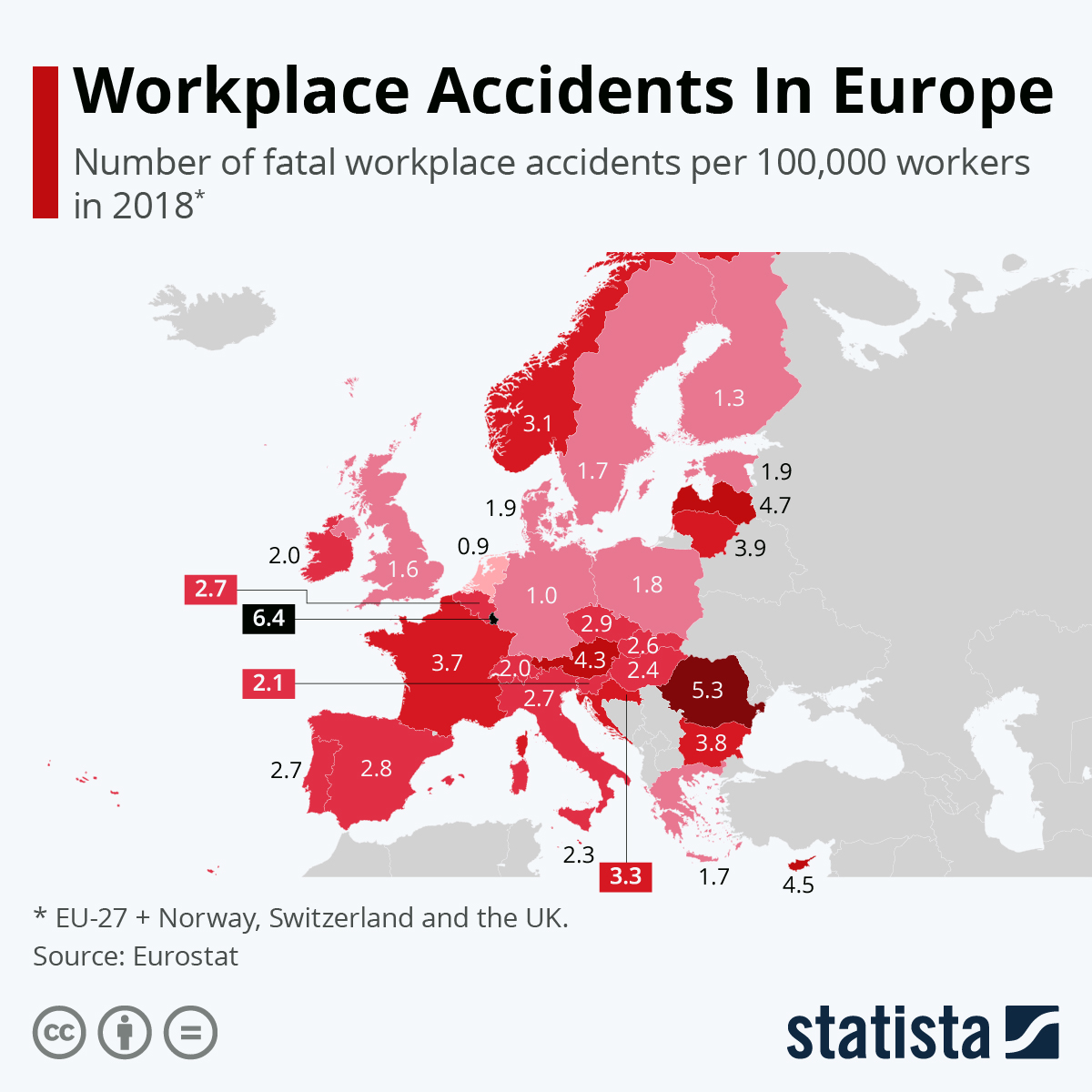