The First Cemetery of Athens is the final resting place of many famous Greeks and philhellenes. Since it first opened in 1837, it has been a peaceful spot to explore, as it is filled with culture and history. 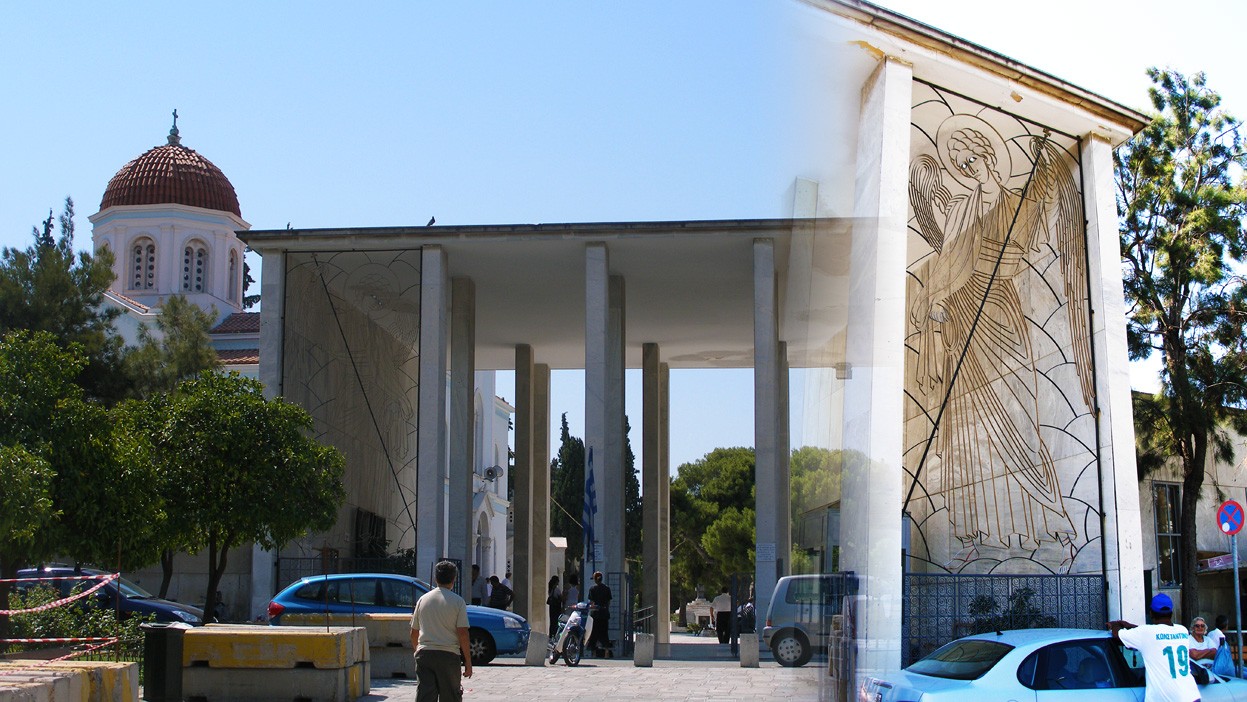 The cemetery includes the tomb of German pioneer of field archeology, Heinrich Schliemann. His mausoleum is designed by architect Ernst Ziller, who is the architect responsible for the design of many municipal and royal buildings in Athens. 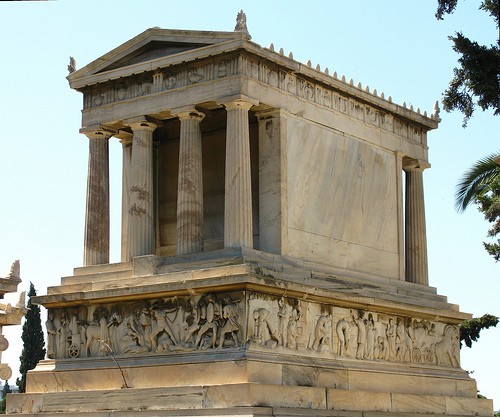 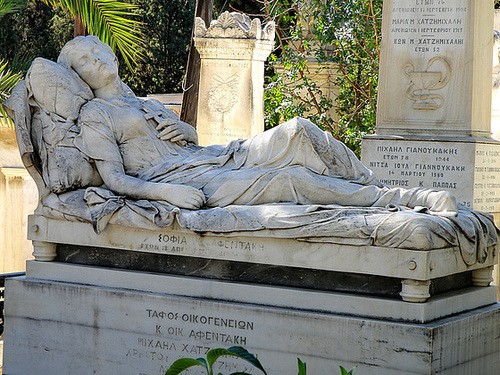 Businessman and philanthropist George Averoff’s tomb is a monument to his life. He sits perched on a pedestal, protected by lions. 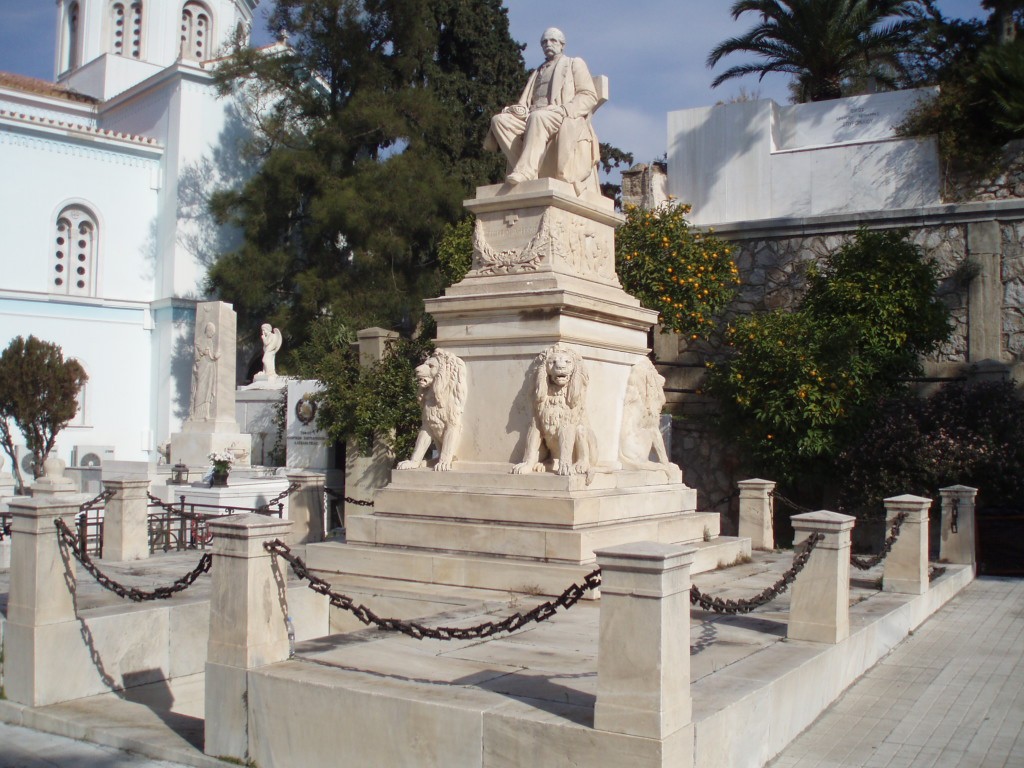 The imposing mausoleum of Ioannis Pesmazoglou – businesman, politician and philanthropist – is a monument of beauty. 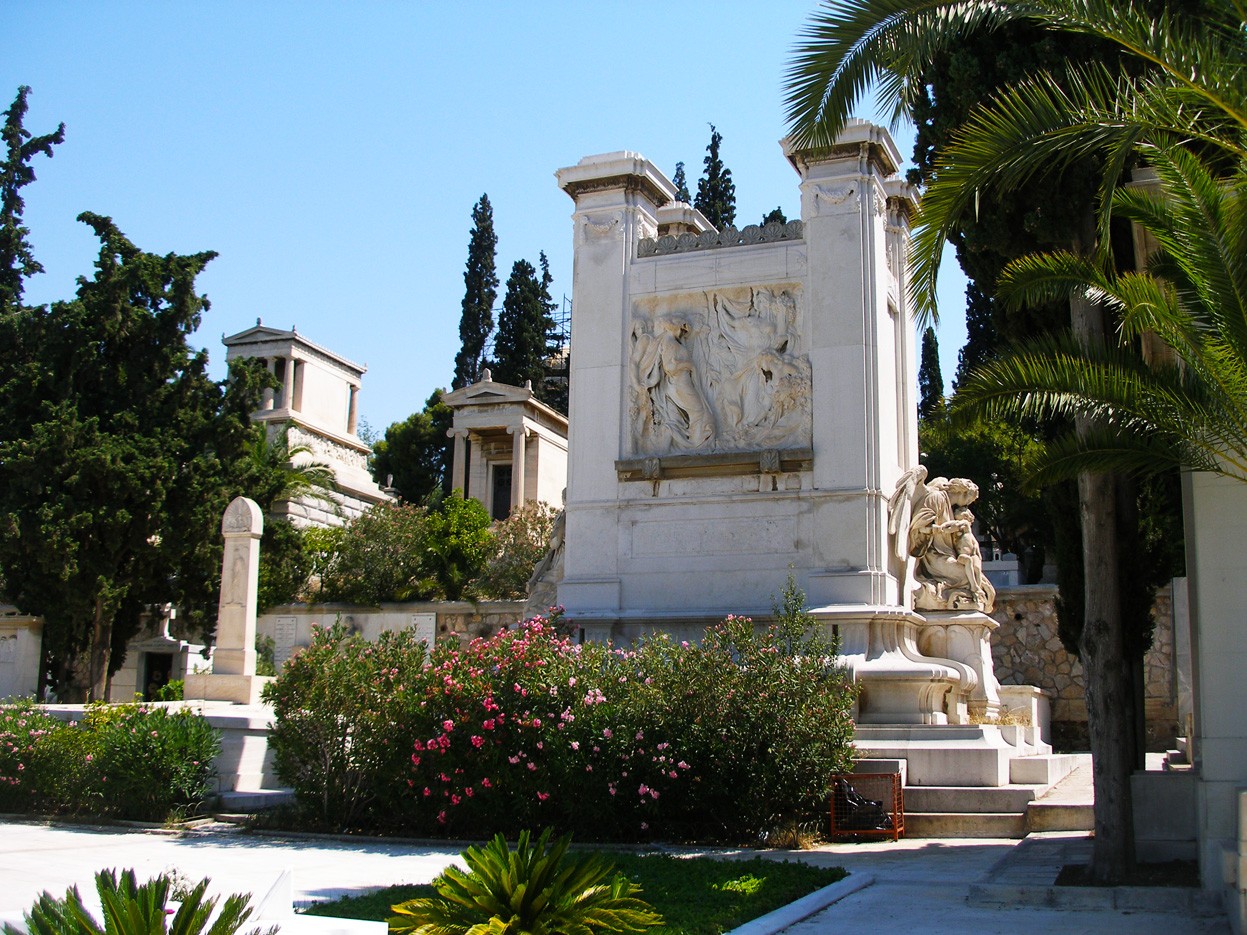 Near the entrance of the cemetery is the grave of actress/politician Melina Mercouri. Still visited by fans and friends, the flowers pour in showing the love that Greece had for the woman who championed the cause for return of the Parthenon Marbles so tirelessly. 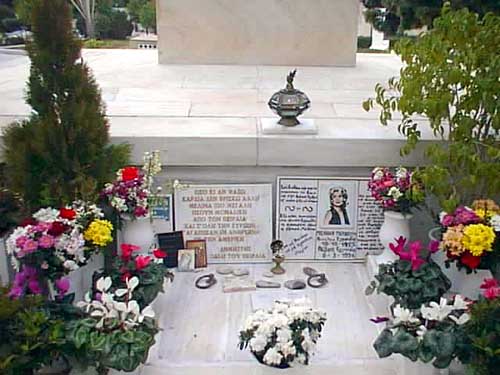 Actress Aliki Vouyiouklaki’s grave reflects the lightness of being she exuded on celluloid. It stands as a shrine to the popular actress, who said: “Glory! What is glory, really? She had asked. “It is just stress, and nothing more!” 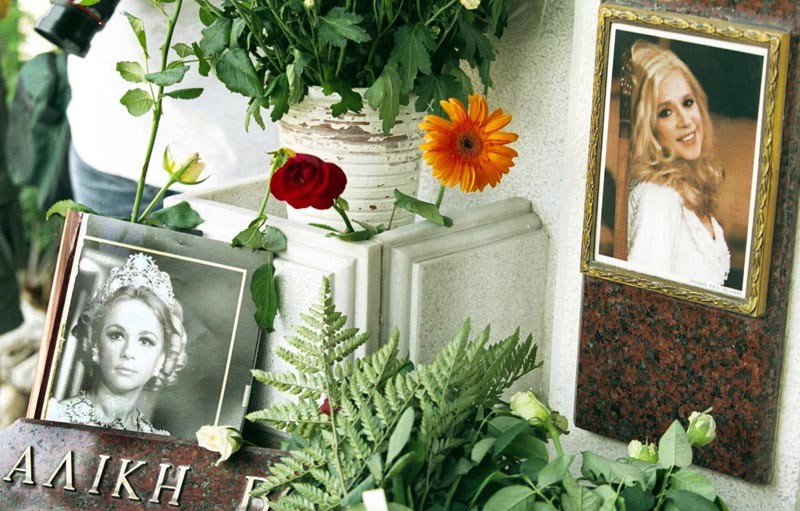 Beloved actress Jenny Karezi’s grave is simple and dark, and consists of a slab of stone with a hologram of her image. 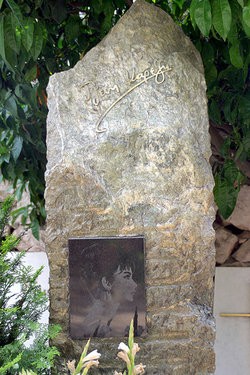 Late statesman Andreas Papandreou’s grave is also near the entrance. Simple and minimal… a foil to the grandeur of others. 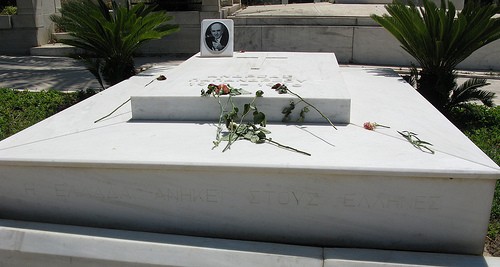 Notable people buried at the First Cemetary of Athens: 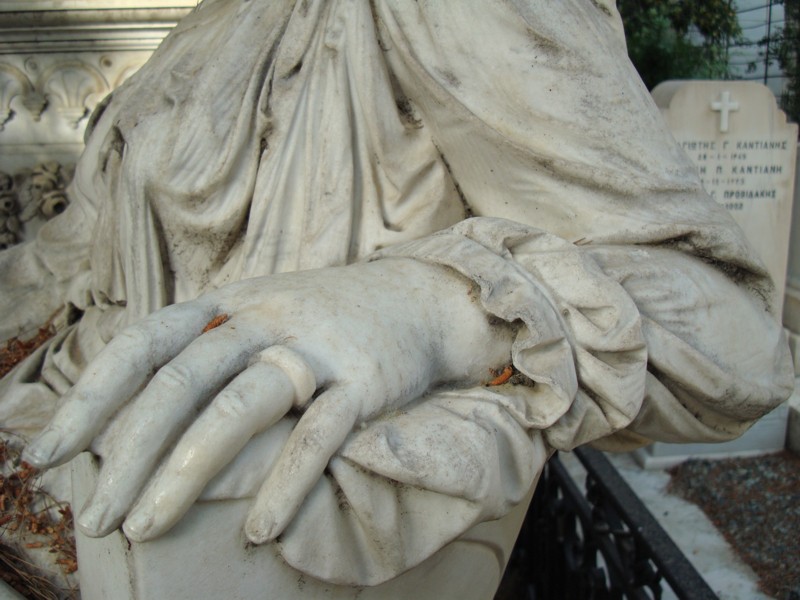