Shipwrecks and reefs are hot spots for biodiversity, providing food and shelter to marine life. At the same time, they are also deadly traps because lost fishing nets (ghost netsi) often get snagged on them. When trapped in these nets, animals like sea turtles, dolphins, seals, birds but also fish, cannot free themselves, and die. 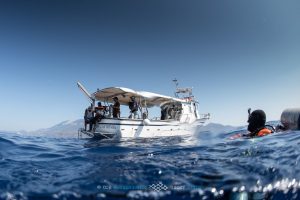 The wreck of the British submarine HMS Perseus lies at 52 meters depth in the area between the islands of Kefalonia and Zakynthos in the Ionian Sea, in Greece. Not unlike other wrecks, this one also comes with a fascinating story about its lone survivor, a British Navy stoker by the name of John Capes who escaped from the submarine’s hatch after it hit an Italian mine during WWII. He survived not only the journey to the surface, but also the five-mile (8 km) swim to the island of Kefalonia during the night, where he was hidden by islanders for 18 months before being smuggled in a caïque (Greek traditional fishing boat) to Smyrna, Turkey. He was subsequently awarded a British Empire Medal. The HMS Perseus is one of the biggest submarines of World War II and a cultural heritage site.ii 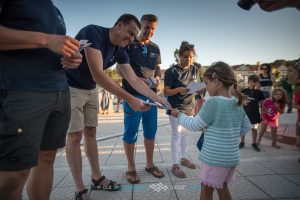 Between July 22nd and 26th, after long preparations, 6 specifically trained volunteer technical divers from Ghost Diving, who have long been allured by the mystery and historical value of the wreck, finally made it their mission to dive at the HMS Perseus to remove the fishing gear that was covering the submarine. By doing so, their goal was to protect the marine inhabitants of this biodiverse area, such as the loggerhead sea turtles, dolphins and monk seals that just so happened to make an appearance in the area while the divers were working. It is estimated that millions of animals die each year by getting trapped in lost fishing gear. 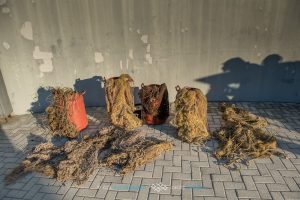 The team performed 3 dives on HMS Perseus lasting 65 minutes each. After a thorough survey dive, the divers decided to focus on the conning tower and the front outer hull. Following the 2nd dive, the conning tower is now almost completely free of fishing nets, and the wreck’s original structure has been unveiled (see before and after photos). During the 3rd dive, a large piece of fishing net that was covering the outer hull and reaching all the way to the bottom, was also removed (see photos ‘7612’ and ‘7609’). The difficulty level of the job was escalated by the many long lines that had been mixed up with the nets over the years. The operation went as planned and without any problems thanks to the professional support of Aquatic Scuba Diving Club. The underwater cleanups lasted 5 days targeting also other wrecks in the area, at 50m depth and recovering a total of 500 kgs of lost fishing gear. 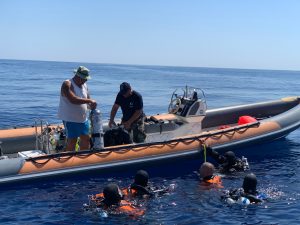 The event was organized by Healthy Seas and besides the sea clean ups, also included a public awareness happening in the capital of Kefalonia with the participation of local groups and artists, to highlight the importance of the marine and coastal Natura 2000iii sites around the island and raise awareness about marine pollution and ghost nets. The public event was organized within MIO-ECSDE’s ‘Mediterranean Action Day 2020’, supported by the LIFE+ Operating Grant for NGOs and made possible thanks to the support and hospitality of Aenos National Park, the Kefalonia – Ithaka Geopark, the Kefalonia & Ithaca Port Fund, and the Municipality of Argostoli. 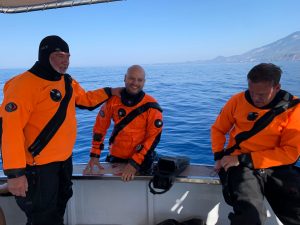 To further support the endeavors for the protection of the endangered Caretta caretta, native to the Mediterranean Sea, Healthy Seas handed over a donation cheque to Kateleios Volunteer Group. Recently, Healthy Seas also released “A Turtle’s Fear”, a short and poignant film narrated by AJ+ and National Geographic journalist, Gelareh Darabi, about the ghost fishing phenomenon and its deadly effects on the majestic species. 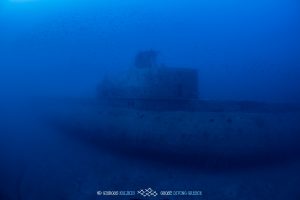 The nylon fishing nets that were recovered during this mission will now continue on a journey from waste to wear and will be regenerated, together with other nylon waste, into ECONYL® yarn, the basis for new sustainable products such as socks, swimwear, sportswear or carpets. 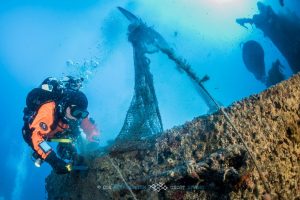 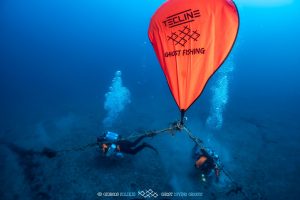 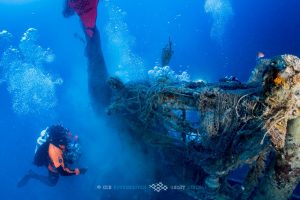 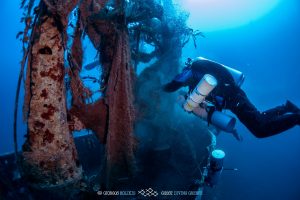 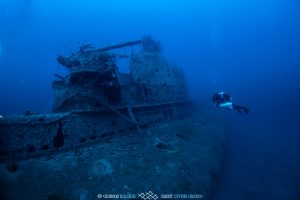 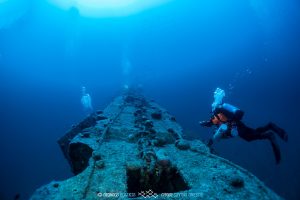 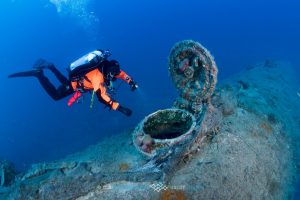 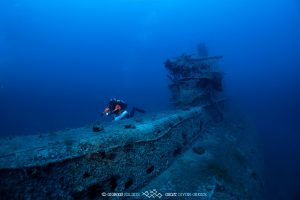 i The discarded, lost, or abandoned fishing nets are sometimes called “ghost nets”, since they continue to catch fish and other marine animals without human involvement. Millions of marine animals, including sharks, dolphins, seals and turtles suffer because of entanglement in these nets which leads to serious injuries and death eventually. Every year, some 640,000 tons of fishing gear is left in our seas and oceans. It is plastic waste that remains in the seas for hundreds of years and doesn’t biodegrade.

iii Natura 2000 is a network of core breeding and resting sites for rare and threatened species, and some rare natural habitat types which are protected in their own right. Stretching over 18% of the EU’s land area and almost 6% of its marine territory, Natura 2000 is the largest coordinated network of protected areas in the World. The aim of the network is to ensure the long-term survival of Europe’s most valuable and threatened species and habitats, listed under the Birds Directive and the Habitats Directive.