Elizabeth Hurley is no stranger to sharing raunchy pics with her nearly 2 million Instagram fans. But her latest half-naked posts wearing a white bikini bottom and a fur in the snow caused British TV host Pierce Morgan to take umbrage.

The presenter stated publicly that it is “creepy” to put her 19-year-old son to take photos of her half-naked in the snow.

“Put something on you, you are 55 years old. Stop putting your 19-year-old son taking racy photos in the snow. “It ‘s creepy,” said Pierce Morgan. “Piers explosively branded ‘thirsty and creepy’ as her son Damian, 19, usually takes her pictures.

The 55-year-old actress and businesswoman a few days ago sent her followers in a meltdown with provocative half-naked selfies from the isolation of her mansion in Hertfordshire.

“How can I resist?” she wonders as she poses with her fur open. 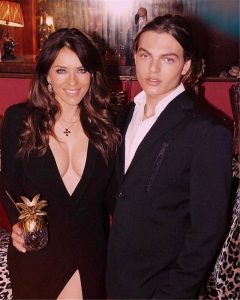 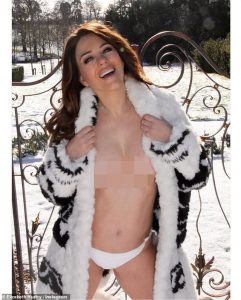 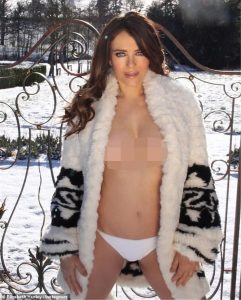