It was caused by the severe weather front “Athena”

Impressive photos of a waterspout that appeared on Tuesday morning, in the area of ​​Niochori Karava, Cythera, were shared on social media.

A waterspout is an intense columnar vortex that occurs over a body of water. Some are connected to a cumulus congestus cloud, some to a cumuliform cloud, and some to a cumulonimbus cloud.

According to experts, waterspouts are a common but impressive phenomenon in autumn, which is mainly due to the high temperature of the sea surface, which in several areas at this time of year is the highest of the year.

However, in this case, the water siphon was caused by the severe weather front “Athena” that has been affecting the entire country in recent days. 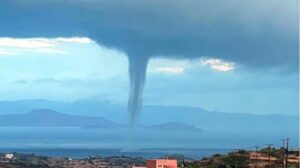 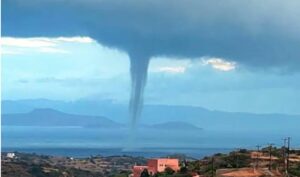 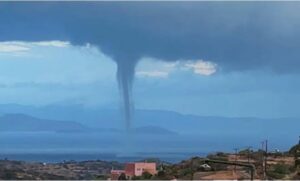 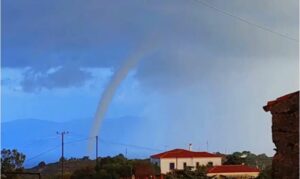 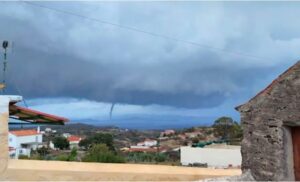 6.3 earthquake – Videos of the moment the tremor strikes in Crete