The authorities will provide each family with a monthly stipend of €500 ($572), free accommodations & even free food, if they make a permanent move to the island

A joint plan drawn up by the Metropolitan Bishop of Kythera and Monemvasia along with the local council of the small island of Antikythera, hopes to bring life back to the beautiful Greek island which is now home to only 24 permanent residents.

The aim of the Bishop and the local officials is to find families with more than three children who are willing to relocate and live permanently on the island of Antikythera. The authorities will provide each family with a monthly stipend of €500 ($572), free accommodations, and even free food, if they make a permanent move to the island.

Speaking with the Greek website iefimerida, Andreas Charchalakis, the president of the local council, says that they are actively looking for people who are willing to work as fishermen, stock-farmers, builders or bakers.

“These are professions which can guarantee a decent income for those who will come to our island”, he states. 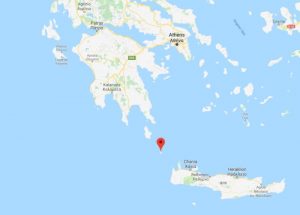 Antikythera is a small Aegean island just opposite from Kythera, a larger island, and it is located approximately halfway between Crete and the Peloponnese. Despite their remote location, both Kythera and Antikythera belong administratively to the Greek capital. They are both part of the Attica region, which has its heart in the Athens metropolitan area.

The island has three settlements — Potamos, which is the island’s capital, Galanianá and Charchalianá.

Since the project to attract young families to the island was made public, more than fifteen different families have called the local council to learn further details of the plan. 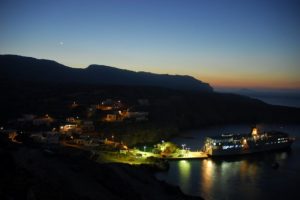 The council president says that local people are willing to host whoever would like to come and visit the island to gain a hands-on experience of its way of life. This is considered important in order for families to be able to make a sound decision about moving there permanently.

Antikythera is famous worldwide for an ancient bronze machine which was discovered there in a shipwreck in April, 1900 by a group of sponge divers. Christened by archaeologists ”The Antikythera Machine”, it is actually an ancient analog computer used to predict astronomical positions as well as eclipses of the planets. 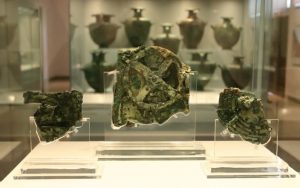 Able to predict such events decades in advance, it is considered one of the greatest scientific treasures ever found.