Albania has the highest risk in Europe

When it comes to the potentially devastating results of natural disasters, Oceania is the most susceptible. Not only does it show the highest median World Risk Index (WRI) figure, the place with the highest number on the index overall, Vanuatu, is also located in this region. As our chart indicates, the differences between the median index points of geographical regions and the countries with the most risk in the corresponding region are especially noticeable in Asia, the Americas and Oceania.

The biggest gap can once again be seen in Oceania, with over 30 WRI points standing between the median of the region and the Southern-Pacific island state Vanuatu. Due to its location on an active tectonic plate boundary, earthquakes, tsunamis and typhoons are common around the island nation. Australia, the biggest country in the area, only scores 4.5 points on the index, making it relatively disaster-proof. Brunei Darussalam on the north coast of Borneo ranks sixth overall with 22.8 points, even though it’s considered a comparatively wealthy country with its economy profiting from extensive natural gas and oil resources off its coast. In the Americas, Dominica’s WRI of 27.4 makes it the country with the highest index rank in the region. The island regularly suffers from devastating hurricanes. Hurricane Maria from 2017, for example, caused losses of almost $1 billion or approximately 227 percent of the island’s GDP.

While exposure to hurricanes, earthquakes and other natural disasters is one of the most relevant indicators for the WRI, other aspects are also factored in. Poverty, public infrastructure and income distribution play into the Susceptibility indicator, government, medical services and insurance make up the Coping indicator, and gender equality, ecosystem protection, education and investment are weighted in the Adaptation indicator. The WRI is updated yearly in the World Risk Report issued by the Institute for International Law of Peace and Armed Conflict at Ruhr-Universität Bochum and Bündnis Entwicklung Hilft, a registered society of global NGOs. 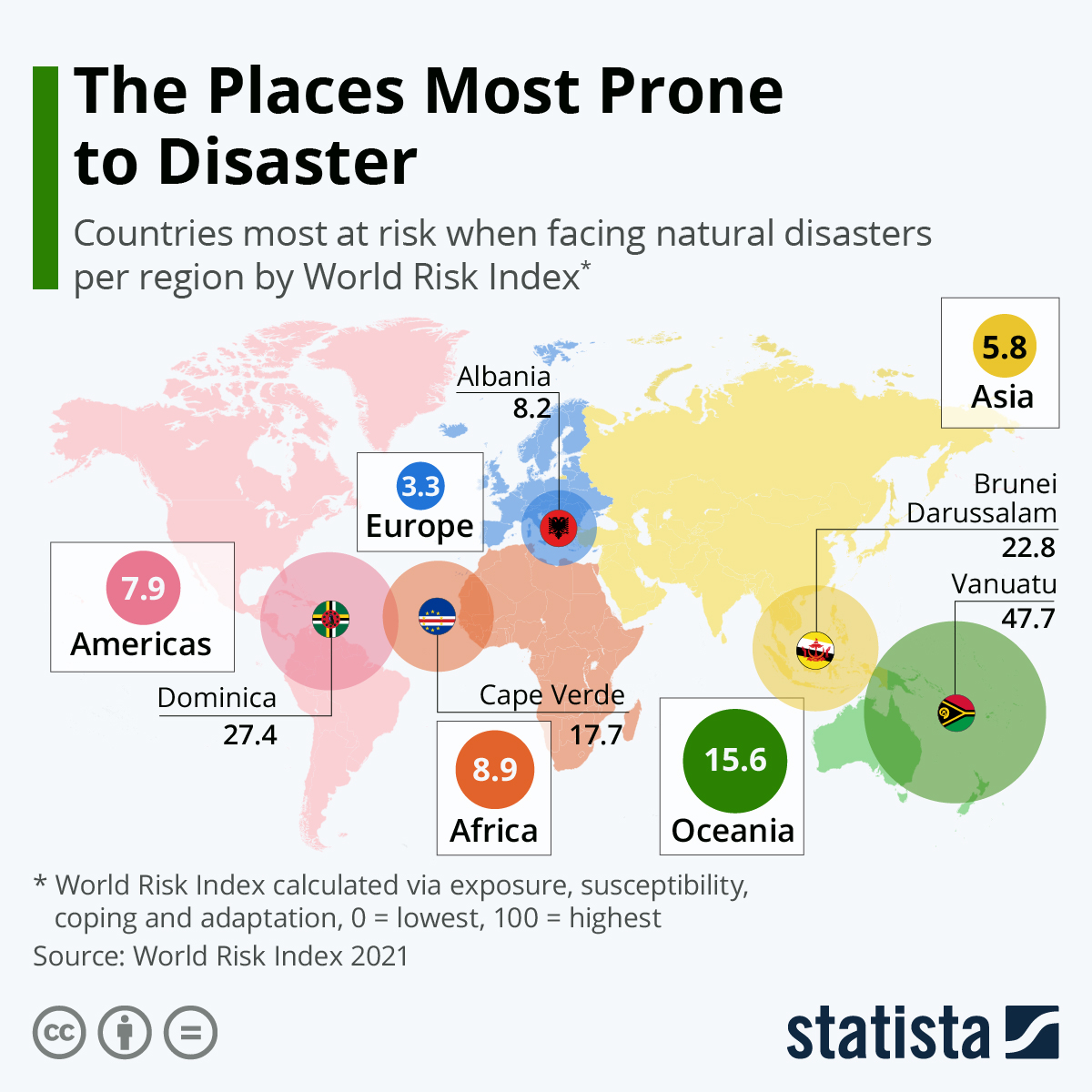