This attack has been one of the worst so far

Serious clashes take place again at the Greek-Turkish borders in Evros. The war-like scenery begun again when illegal immigrants attempted to storm the fence on the borderline.

The illegal immigrants are encouraged, as usual, by the Turkish police who launched tear gas grenades against the Greek defending forces.

Their number and the frequency by which they were launched, however, was unprecedented as it can be seen in the footage below.

Earlier, new attempts were made to destroy the barbed wire with the use of tools, while some of them were seen using surveillance and recording equipment to monitor the Greek forces’ moves.

The fence is being continuously reinforced on the Greek side, while on the Turkish side they try to open holes on it to get illegal immigrants through, without success thus far. 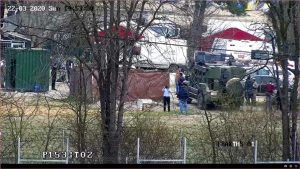 Groups of illegal immigrants continue to be at the official border crossing in Evros, seeking ways to open passages at the fence to illegally enter Europe.

Late Thursday afternoon, a group of illegal immigrants set fire to a tree near the fence in Kastanies in order to make it fall and destroy part of it, creating a passage to the Greek territory. 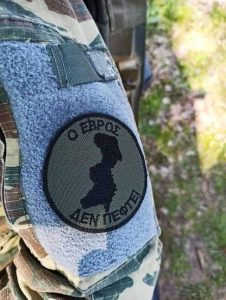 Their effort, however, was thwarted by the immediate reaction of Greek forces, who at the same time created a double perimeter on the spot to deter them if they succeeded.

The Hellenic Army has also deployed on the borderline at least one of the “David” Special Firefighter Vehicles it uses for security reasons in firing ranges. One such vehicle can be seen in the video below.