IDF: “When Hamas installs military elements inside such buildings, it is a legitimate military target”

The Associated Press reported today that it was “shocked and terrified” by the Israeli bombing, which destroyed the building housing its offices and those of the Al-Jazeera television network in Gaza, calling it “incredibly disturbing”.

“We are shocked and terrified that the Israeli army has targeted and destroyed the building housing the AP and other media outlets in Gaza”, said Gary Pruitt, CEO of the AP. 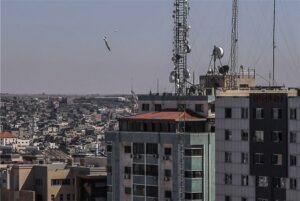 “They have known the location of our office for a long time and they know that journalists were there. They warned us that the building would be hit”, he added.

“This is an incredibly worrying development. We narrowly avoided terrible human losses. Dozens of journalists and independent associates of the AP were in the building and fortunately, we were able to evacuate it in time”, he noted. 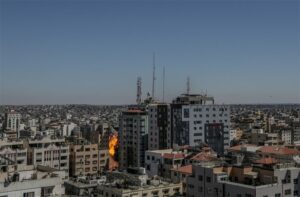 “We have requested information from the Israeli government and are in contact with the US State Department to seek further information”, said Gary Pruitt.

“People will be less informed about what is happening in Gaza because of what happened today”, he said. 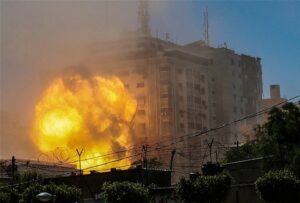 Greek Defence Minister: “What is threatened is not demilitarized”

The Israeli Defense Forces (IDF) confirmed the bombing of the multi-storey building in the Gaza Strip earlier today and noted that the building was used by Hamas for military purposes. According to the IDF, the building, which housed the offices of the Associated Press and Al Jazeera, was used by Hamas as the headquarters of its intelligence services, among others. 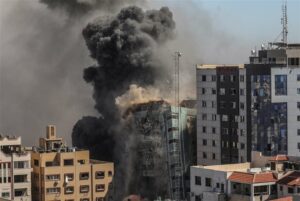 “The Israeli Defense Forces have hit a number of such buildings in recent days, but before we do so, we are taking steps to try and ensure that civilians are not harmed. We called the occupants of the building and warned them to leave. We sent sms messages. We provided sufficient time for the evacuation of the building”, the IDF pointed out in the English version of their Twitter account. 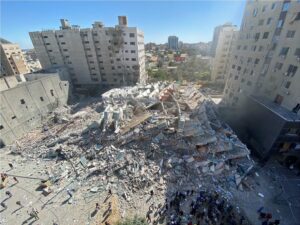 “We will say it again: When Hamas installs military elements inside such buildings, it is a legitimate military target. This is clearly international law. All the multi-storey buildings targeted by the IDF were used for military purposes, each one of them”, the IDF said.