Lilith was the first wife of Adam

In some sources she’s described as a demon, in others she is an icon who became one of the darkest deities of the pagans. Lilith is one of the oldest known female spirits of the world. Her roots come from the famous Epic of Gilgamesh, but she was also described in the Bible and the Talmud.

In Jewish tradition, she is the most notorious demon, but in some other sources she appears as the first woman created on Earth. According to a legend, God formed Lilith as the first woman. He did it in the same way as he created Adam. The only difference was that in place of pure dust, he also used filth and residue. Traditionally Lilith means ”the night”, and she is related to attributes connected with the spiritual aspects of sensuality and freedom, but also terror. 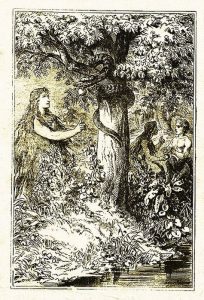 (Lilith, the first wife of Adam)

The ancient demon of Sumerians

Lilith’s name comes from the Sumerian word ”lilitu”, which meant a wind spirit or a female demon. Lilith was mentioned in the Tablet XII of the Epic of Gilgamesh, a famous poem of ancient Mesopotamia dated back to not later than c. 2100 BC. The tablet was added to the original text much later, c. 600 BC, in its later Assyrian and Akkadian translations. She appears in a magical story, where she represents the branches of a tree. She is described with other demons, but researchers still argue if she was a demon or a dark goddess. At the same time, she appeared in early Jewish sources, so it is difficult to find out who mentioned her first. However, it is obvious that from the beginning of her existence in the texts she was related to Sumerian witchcraft. 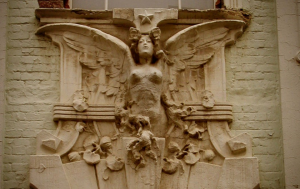