18 Rafale fighter jet being prepared for the Hellenic Air Force

The first of the 18 Rafale fighter jet being prepared for the Hellenic Air Force, is ready and is wearing the blue and white HAF insignia. The photo of the HAF Rafale was snapped by Andre Gonzales!

The Greek Rafale Squadron in Tanagra is ready to welcome it, after completing the tests, while the second one is already being prepared. Greece is expecting a total of 18 aircraft, 11 second-hand and 7 brand new ones, in one of the largest armaments programs of the Hellenic Air Force that will soon be completed. 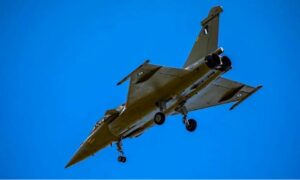 The aircraft is a two-seater with the number “B305” which was converted to Greek specifications at Base Aerienne 113 in Saint-Dizier. 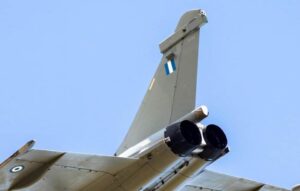 A group of 14 technicians from the Escadron de Soutien Technique Aéronautique (ESTA – the Technical Support Squadron) worked on the aircraft at this stage before it was delivered to the Air Force. The Rafale B “B305” was adapted in 45 days to international standards and is already at the Dassault test facility in Istre. 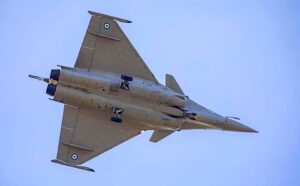 The second Greek fighter, a Rafale C, is being prepared by the Mont-de-Marsan Technical Support Squadron, where most of the adaptation work will take place.