It is a beautiful, yet little known part of the history of Athens

Athens is undoubtedly known for its classical historical legacy, a fact clearly visible by the countless archeological monuments and sites are strewn across the Greek capital.

However, one of the oldest cities in the world also offers visitors the chance to explore a much overlooked historical period, that of the Middle Ages, or the Byzantine era as it later became know.
Travelers can immerse themselves in the stunning architecture of Byzantine Churches steeped in the rich and mystagogical history of the eastern Roman Empire. 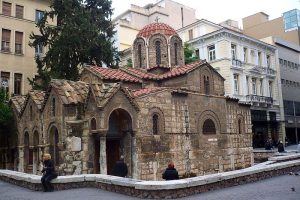 The 11th and 12th centuries are considered the golden ages of Athenian Byzantine art. Almost all popular and remarkable Byzantine churches in the city were built during these two centuries and owe their existence to the Christian restoration that followed the crusade of Emperor Vassilios the 2nd in the Balkans.
One of the city’s most famous Byzantine structures is that of Panagia Kapnikarea (Virgin Mary Church) located on Ermou Street in downtown Athens. 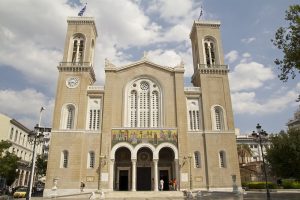 It is a Byzantine domed church of cross-in-square type, dedicated to Presentation of the Virgin. The first building that was built dates back to the 11th century, but the church was finalized in the 13th century.

In 1834, the year when Ermou Str. was constructed, the possibility of its transfer to another location or even its demolishing was considered, because it was in the middle of Ermou Str. It was saved, however, thanks to Louis of Bavaria, father of King Otto, and to Neofitos Metaxas, who was bishop of Talantio and metropolitan bishop of Athens. 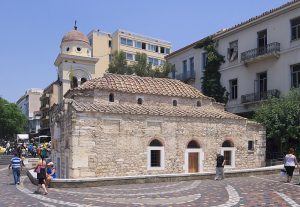 The bustling streets of the historic city and the incredible fusion of the neoclassical buildings with the ancient structures of classical Athens and the more modern edifices, along with the hospitality of Athenians – always ready to lend a helping hand to an enquirer – is the perfect backdrop for a leisurely walk to discover Byzantine Athens.
One of the easiest, and most affordable ways to get to know “Athens of Byzantium” is to book a walking tour. So put on your shoes and get ready to be immersed in a hidden era of the Middle Ages.