It is a little eerie…

Atlantis is a fictional island mentioned in an allegory on the hubris of nations in Plato’s works Timaeus and Critias. But the Greek island of Crete has its own real “Atlantis” called Sfentili…

Sfentili is a seaside village located 38 kilometres from Heraklion that became famous a few years ago when it began to … sink, but later started emerging from under the sea again.

For the past 17 years the abandoned village has been submerging under water then resurfacing due to the Aposelemi dam that was built in the area.

Sfentili is located within the artificial lake of the Aposelemi dam, a few kilometres outside the Hersonissos.

The name of the settlement is linked to a family called Sfendilos which is attested in Crete from old times. During the years of Venetian rule, it was a fief of the Latin diocese of Herronissos since 1248.

In 2015 most of it was covered, but now it has almost completely emerged, due to the prolonged drought that Crete is experiencing. 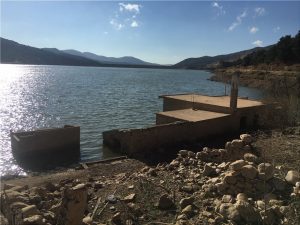 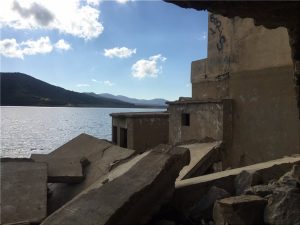 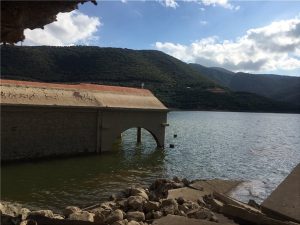 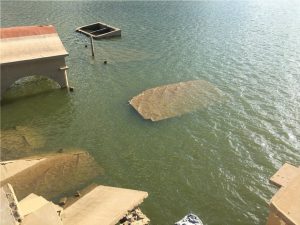 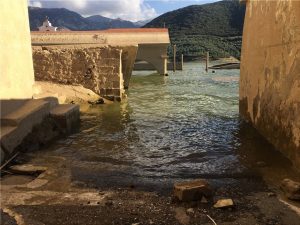