He thinks it is…not good for the double-headed eagle, a Greek symbol, to represent Albania

On the one hand, the Albanians celebrated and honored the year of Georgios Kastriotis – Skanderbeg and on the other hand, they covered his statue for Erdogan so that he can go to Tirana’s Square, without…”contaminating” his eyes, as he would face the legendary Byzantine hero.

This time, however, the issue goes a step further, with the Albanian professor Mark Markou emphasizing that the double-headed eagle, which is also the national emblem of Albania, does not represent them. 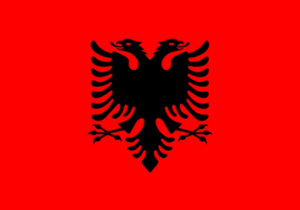 The gentleman in question, although he practically publicly admitted the historical truth regarding the origins of their flag, nevertheless thinks it is…not good for the double-headed eagle, a Greek symbol, to represent Albania.

In this case, even the partial rejection of their national symbol reveals a truth that many in Albania do not want to admit, that Albania took this symbol from the Byzantine Greeks and not the other way around as many Albanians still believe.