By late September 1944, the men of U.S. Marine fighter squadron VMF-122 were stuck on Peleliu and bored. Their F4U Corsairs were only 10 minutes’ flight time from Japanese-held islands, but the enemy, cut off from their supply lines, posed no aerial threat. As squadron commander J. Hunter Reinburg recounted in his autobiography Combat Aerial Escapades: A Pilot’s Logbook, he told a reporter, “This dive-bombing and strafing just isn’t as exciting as dogfighting, but the damn Japs won’t come up and fight.” 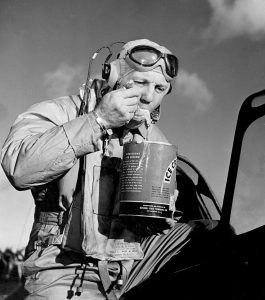 Reinburg, determined to raise morale on a humid tropical island with no fresh food and no refrigeration, had a plan. His maintenance crew cut the ends off an old belly-mounted drop tank, strung wire at both ends, and mounted an access panel to the side. Into this panel, secured by the wires, went a waterproof can that ordinarily stored .50-caliber bullets. And into that, the mess sergeant poured a mixture of canned milk and cocoa powder. Reinburg planned to ascend to high altitudes, where temperatures are well below freezing, and return with a gift for his men: Five gallons of homemade chocolate ice cream.

Fοrbes – Greece is the Word: Why it’s the most-booked European destination for summer 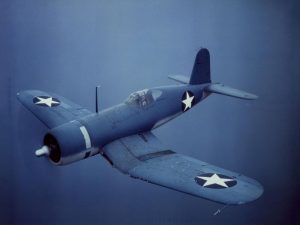 After lifting off on what he logged as an “oxygen system test,” Reinburg circled at 33,000 feet over Japanese-held Palau, watching anti-aircraft batteries—useless over 28,000 feet—waste irreplaceable ammunition trying to hit him. After 35 minutes of fireworks, he returned to Peleliu with a disappointing cargo. The mixture was cold but not frozen (the squadron scarfed it anyway), a failure the crew chalked up to its proximity to the hot engine.